Why Albert Pike's Statue Must Fall, by Anton Chaitkin

The KKK, the 'Scottish' Rite of Freemasonry, the 'Knights' of the Golden Circle, the Mexican War, the Cuban Scheme, the Confederacy, and 19th century British Imperial Strategy 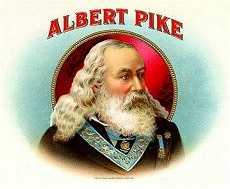