'According to the Jewish lunar calendar'

All state-issued forms of identification will have Hebrew dates on them if legislation proposed by MK Elazar Stern becomes law.

Stern (Hatnua) cited a poll commissioned by the Bina Center for Jewish Identity and Hebrew Culture, showing that over half of Israeli Jews do not know their date of birth according to the Jewish lunar calendar.

In addition, 41 percent think the Hebrew calendar is unimportant.

As such, Stern submitted a bill last week requiring that Hebrew dates be printed on all state-issued identification, including passports, drivers licenses and MK identification cards.

This bill is meant to strengthen the Hebrew calendar as a significant part of the Jewish character of the Jewish state and as a tool to connect populations of different religious levels, Stern explained. The proposal will increase the use of the Hebrew date in public frameworks, and encourage its use in government and private offices. 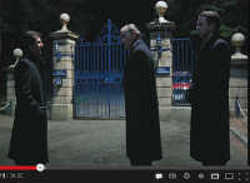