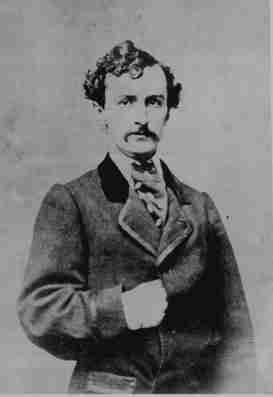 In 1957 Ray A. Neff of Gibbsboro, New Jersey, walked into Leary's Bookshop in Philadelphia and purchased a faded, second-hand book for fifty cents. Unbeknownst to Neff, inside that dusty military journal was a profound and stunning confession from the grave of a Union General and traitor, Lafayette Baker.

Booth was not alone, and according to Gen Baker, did indeed survive.

And as late as 1977, the FBI, did in fact investigate the issue of JOHN WILKES BOOTH and his possible survival. Recently the Bureau released 184 pages in PDF format, Booth 1, Booth 2, Booth 3, Booth 4. According to the FBI,

"These records contain correspondence dated 1922-23 of William J. Burns, former Director of the Bureau of Investigation, concerning a theory that Booth lived many years after the assassination of President Lincoln. Also included are the results of a 1948 examination by the FBI Laboratory of a boot said to be worn by Booth on the night of the assassination and a 1977 examination of a diary belonging to Booth."

On January 23, 1923, William J. Burns, by then the acting director of the Department of Justice wrote "I have gone over with considerable interest the volume entitled "The Escape and Suicide of John Wilkes Booth" by Finis L. Bates of Memphis, Tennessee...The work contains very strong evidence in support of the old belief that Booth did escape and live many years after the assassination of President Lincoln..."  (see page 12, booth1.pdf )

Both diaries, Bakers and Booth's, gave parallel accounts of the assassination. Both implicated, even boasted of a secret government council (the Scottish Rite) which in the interests of the British Crown has bound a nation, the United States of America, for over a century. (Gen. Baker's coded diaries, incidentally, were written in the margins of a British military journal; Colburn's United Service Magazine/Naval and Military Journal.)  The coded book, its messages written in a sliding cipher, revealed that the true killers were led by Lincoln's most trusted military advisor in the Civil War: Edwin McMasters Stanton.

About seven years later, the modus operandi described in that book was revisited in the Kennedy assassination. The infamous Lincoln and Kennedy parallels, for instance, are uncanny until you realize it was a ritual, copycat murder-- literally, and performed by the same secret society of traitors. The Lincoln and Kennedy murders were both bipartisan masonic coups; and the masterminds in both assassinations belonged to the same Scottish Rite; which in turn, is controlled by Great Britain, the English Crown.

Much like we would see in 1963 in the Kennedy assassination; in 1865 at least two newspapers would publish highly detailed stories of the Lincoln assassination several hours before it ever took place. Moreover, in 1868 Lafayette Baker would confess in his coded diary that at least three newspaper publishers were involved, through blood money and disinformation, in the plot to kill Lincoln. Thus we move from the publishers' lucky premonition to outright foreknowledge and complicity. This, too, was a betrayal of the public's trust which the mass media repeated in 1963, but continues to maintain-- particularly through the New York Times (JFK) and the Los Angeles Times (RFK).

As Anton Chaitkin wrote in the New Republic:

"A striking instance of the Confederate 'Lost Cause,' persisting and haunting the present century, is to be seen in the attic of The New York Times.   Iphigenie Ochs married Arthur Hays Sulzberger in 1917. He succeeded her father Adolphe Ochs as publisher of The Times, which Mr. Ochs had bought in the 1890s. Adolphe Ochs and his father founded the "Baroness Erlanger" Hospital in Chattanooga, Tennessee. The hospital was named for John Slidell’s daughter who married the Confederacy’s chief financier Baron Emil Erlanger...Adolphe Ochs had married Iphigenie Wise, the daughter of B’nai B’rith’s Cincinnati leader Isaac Wise..."

In Kennedy's case, intelligence agents in Russia read Soviet accounts of the Dallas ambush several hours before the hit took ever took place. By December, 1966, the KGB would finally determine Kennedy's true murderer, and they concluded it was Lyndon Johnson. With the murders of Robert F. Kennedy and Martin Luther King Jr. in 1968; that conclusion was fully vindicated.

In fear for his life, Gen. Baker wrote the aforementioned confession before he was fatally poisoned with arsenic in 1868. If someone today could forge this confession, he would have to learn two different ciphers, and then invent a time machine, because he would have to perform the deed no later than October 1872. The book itself is referred to in a Philadelphia probate hearing held October 14 and 15, 1872; when William Carter testified that Lafayette Baker gave him an English military journal in the days before he died, which Carter tried to decipher but couldn't, even though he was familiar with codes from his days in the National Detective Police during the Civil War.

Carter also testified that he saw Baker writing his coded memoirs in the margins of numerous books; the same which were the subject of the hearing, and that Baker tried to give him about a dozen boxes of books and papers.

When John Wilkes Booth shot Lincoln, he was already famous for playing in Shakespeare's "Julius Caesar", and the allusion to Booth is obvious-- he's "one of the sons of Brutus". Johnson, who was in possession of a letter from Booth before the assassination, is also one of the the "sons".  Judas was Edwin Stanton-- Lincoln's Secretary of War, whom at the moment Lincoln died, actually did say "Now the ages have him and the nation now have I."

To appreciate just how many parallels there are between the Lincoln and Kennedy assassinations, let's start off with the most well known. Then let us move on to the lesser known parallels that betray a masonic ritual murder-- a centennial, Scottish Rite ritual murder-- a 33rd degree "king killing."

The Black Hand-- the Original Mafia, and Today's Red Hand in N. Ireland

It was Serb freemasons in the Black Hand, the precursor of the Mafia, who launched World War I in 1914 when they convinced Gavrillo Princip to assassinate the Austrian Archduke Franz Ferdinand and his wife Sophie in the streets of Sarajevo. Archduke Ferdinand's crime? From the mason's perspective, he was a Roman Catholic and heir to the Austrian throne.

During the trial of Archduke Ferdinand's killer, Gavrillo Princep testified that his colleague, Ciganovich, "told me he was a freemason" and "on another occaison told me that the Heir Apprent had been condemned to death by a freemason's lodge."  Moreover, another of the accused assassins, Chabrinovitch, testified that Major Tankositch, one of the plotters, was a freemason. *

The Black Hand was the original Mafia, or La Cosa Nostra. And the Italian Luciferian freemason who created their blood rituals and secret oath, the omerta, was the Carbonari/Illuminati freemason Giuseppe Mazzini; the recipient of Pike's August 15, 1871 letter in which outlined three world wars to prepare the way for a New World Order.


Today a pro-British paramilatary  group derivative of the freemasonic Black Hand, the Red Hand, was recently  founded by Orangemen freemasons in Northern Ireland.  The Red Hand has an objective that remains one and the same with the previous masonic order, the Black Hand-- it is to divide Christianity by asserting Protestantism, and by extention Martin Luther himself, advocated and practiced the same freemasonry he detested.  But is this really a battle between Catholicism and Protestantism?  No one but the freemason appeals to this argument, no one does more  to pit these two forces against one another to weaken the Body of Christ. This is in keeping with those who had crucified Christ, and would do it again....

In America, for instance,  most Protestants, Baptists and all Catholics oppose freemasonry as subversive to Christianity.  The exceptions are the Mormons and Jehova's Witnesses, both created by freemasons, York Rite (Joseph Smith) and Scottish Rite, (Thomas Russell).   In the Scottish Rite, the 18th degree initiate is asked to trample the cross underfoot as a form of denial and contempt.  (The KKK, created by the same Rite, exceeds this blasphemy by burning the cross itself in homage to its Templar, anti-Christian heritage.)  Interestingly, the Jehova's Witnesses share something in common with the Scottish Rite, in keeping with their founder.  In the teachings of the Jehova's Witnesses, a similiar denial of the cross is taught early on.  New members are taught that Jesus died on a stake, not a cross, their leaders obviously adverse to very symbolism of the Christian cross. And both the Mormons and JWs either rewrote the Scriptures, or present alternate versions of the same; such as the Book of Mormon, which Smith proclaimed more correct than the Bible itself.

All of which is to say, whether you call yourself a Protestant, a Catholic, a Jew, a Baptist; freemasonry is a practice condemned by both the law of Moses and Christianity.  Yet the same people who claim it is justified and condoned by both, you'll notice, are the same freemasons who burn crosses to terrify a fellow American, the same who piously march into Catholic enclaves-- an open Bible before them-- merely to instigate sectarion rioting. These are  the same hypocrites who built the concentration camps to honor Christ with the blood of women and children.

The battle in Northern Ireland is not one between the Protestant and Catholic. It is between the Catholic and the freemason, the freemason who represents the British interests.  And these British interests, alas, include certain extremist, right-wing factions in Israel.  These are the same people that killed one recent Jewish Prime Minister, a man of God who was the first to make a serious attempt at  peace with PLO; a brave and beloved  peacemaker that came before the present right-wing scourge, Benjamin Netanyahu. 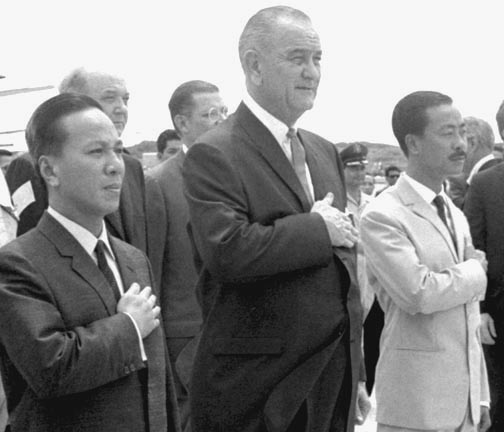