The Walvater Teutonic Order of the Holy Grail, Tibetan Monk Magicians, and Nazi Eugenicists - the Meaning of National Socialism 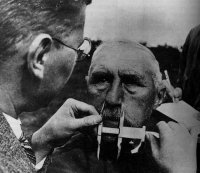 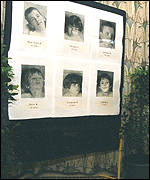 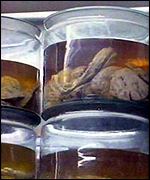 On August 3, 1941, a Catholic Bishop, Clemens von Galen, delivered a sermon in Münster Cathedral attacking the Nazi euthanasia program calling it "plain murder." The sermon sent a shockwave through the Nazi leadership by publicly condemning the program and urged German Catholics to "withdraw ourselves and our faithful from their (Nazi) influence so that we may not be contaminated by their thinking and their ungodly behavior."

As a result, on August 23, Hitler suspended Aktion T4, which had accounted for nearly a hundred thousand deaths by this time.

The Nazis retaliated against the Bishop by beheading three parish priests who had distributed his sermon, but left the Bishop unharmed to avoid making him into a martyr.

However, the Nazi euthanasia program quietly continued, but without the widespread gassings. Drugs and starvation were used instead and doctors were encouraged to decide in favor of death whenever euthanasia was being considered.