Antiwar.com: US Egypt Policies Don’t Pass the Laugh Test, by Bro. Ron Paul. Or do they? 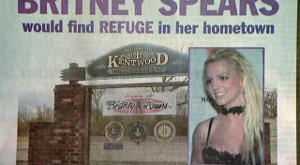 A military coup in Egypt yesterday resulted in the removal and imprisonment of the elected president, Mohamed Morsi, a closure of media outlets sympathetic to him, the house arrest of his advisors, and the suspension of the constitution. The military that overthrew Morsi is the main recipient of the $1.3 billion yearly US aid package to Egypt. You could say that the US “owns” the Egyptian military that just overthrew its democratically-elected leader.

The hypocrisy of the US administration on these events in Egypt is stunning. As the New York Times reported:

President Obama urged the military to move quickly to return Egypt to a democratically elected government, saying, ‘We are deeply concerned by the decision of the Egyptian Armed Forces to remove President Morsi and suspend the Egyptian Constitution.’ The president notably did not refer to the military’s takeover as a coup – a phrase that would have implications for the $1.3 billion a year in American military aid to Egypt.

Well, Egypt had a democratically-elected government, but it was overthrown by the US-funded Egyptian military!

Let’s review US policy toward Egypt to see the foolish hypocrisy of the government’s interventionism: First the US props up the unelected Hosni Mubarak for decades, spending tens of billions of dollars to keep him in power. Then the US provides assistance to those who in 2011 successfully overthrew Mubarak. Then the US demands an election. The Egyptians held an election that was deemed free and fair and shortly afterward the US-funded military overthrows the elected president. Then the US government warns the military that it needs to restore democracy – the very democracy that was destroyed by military coup! All the while the US government will not allow itself to utter the word “coup” when discussing what happened in Egypt yesterday because it would mean they might have to stop sending all those billions of dollars to Egypt.

All this they do with a straight face. We are not supposed to notice the insanity of their foreign policy.

This originally appeared at the Ron Paul Institute for Peace and Prosperity.