Secret cabals with mystical beliefs dating to the dark ages work to overthrow government—this isn’t a fictional plot of Dan Brown, author of the bestseller Da Vinci Code. This is our history, and hundred years ago many of our heroes such as Andres Bonifacio were members of a clandestine fraternity outlawed by church and state. 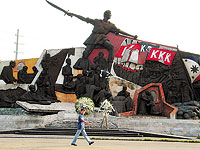 Political elite bar election of laborer; new government reeks of nepotism, regionalism and elitism—these aren’t the headlines for today’s government. Our divisive and corrupt politics claimed Andres Bonifacio as its first victim a long time ago.

Rebel leader orders the execution of former comrade after a dubious court hearing; his wife’s rapist goes unpunished—we aren’t talking about the murderous split in the Communist Party of the Philippines. The execution of Andres Bonifacio set the precedent to our fratricidal revolutions.

We today are cast from yesterday’s moulds. As noted in the book History of the Burgis, the heroes of 1898 are the archetypes of the modern Filipino: Jose Rizal for the burgis (westernized middleclass), Emilio Aguinaldo for the politico (traditional politician), and Andres Bonifacio for the tibak (hard-line activist).

Brave, idealistic and oblivious to the politics of compromise, Bonifacio was a firebrand disposed by his own revolution, a leader who hardly ever won a battle and a dreamer who never saw his nation free.

Today on the birth anniversary of Bonifacio, it is hard staring his ghost in the eye. Any nationalist would feel a part of him has let Bonifacio down.

His life and death remind us Filipinos of our shame and feebleness as much as our courage and nobility. His tragic fate echoes our nation’s plight. The chapter of Andres Bonifacio, a chronicle of betrayal and hubris, stains any glossy retelling of our nationhood’s story. But we are destined to repeat history until we learn from it.

A man with a mission

Batang Tondo best describes the young Bonifacio. He was born on 1863 to San­tiago Bonifacio, a boatman who plied the Pasig River, and Catalina de Castro, a Chinese Spanish mestiza who supervised a cigarette fac­tory in Chinatown. They named him after St. Andrew the Apostle, the patron saint of Manila. You couldn’t get more Manileńo than that.

Tondo was a squalid district where immigrants and settlers first made their mark, epidemics often broke and fires ravaged entire neighborhoods. It was here that Bonifacio witnessed and experienced the poverty and oppression caused by the Spanish colonizers and their religious lackeys. His political convictions were grounded on Tondo’s sweat-soaked streets. At one time, he became Tondo’s vice-mayor.

Bonifacio also grew up in a time of great political, scientific and cultural upheaval. The industrial revolution brought to Manila electricity, steam trains and imported novels. It also brought an even wider gap between the aristocracy and the working class. Foreign ideas questioning the role of the monarchy and the Church began to permeate the Filipino consciousness.

Though he never finished high school, Bonifacio was a voracious reader. He learned to read and write Tagalog and Spanish from a primer book. He learned to speak English by working as a clerk for J.M. Fleming & Co. He read foreign novels, and enjoyed books about the French revolution, politics, law and religion. He read as well Jose Rizal’s incendiary novels Noli Me Tangere and El Filibusterismo and later became a member of Rizal’s propagandist movement La Liga Filipina.

Like Rizal and nearly all Filipino revolutionaries, Bonifacio was a freemason, and was very much influenced by the principles of the French revolution: fraternity, equality and liberty. A brotherhood with secret rites of passage upholding high ideals deemed subversive by Church and state, Freemasonry was the mold for the armed resistance that Bonifacio would later establish, the Katipunan.

Bonifacio was as much a lover as he was a fighter. But his affiliation with the masons made his courtship to Gregoria de Jesus especially difficult, as her parents disapproved of this. They shielded her for three months before she even learned of his intentions.

In her autobiography de Jesus relates, “My father, though opposed at first, in the end gave his consent because of his love for me and because I told him frankly of our love for each other.” Bonifacio had picked a fighter for a mate. She would later become a member of the full-blooded Katipunan, versed in shooting guns and surviving the jungle as she was in deciphering the Katipunan alphabet based on the precolonial alibata script. Her code name was Lakambini, his was Maypag-asa. Though their patriotism deepened their affection, it would also soon render de Jesus a widow.

Rizal realized it, hence his disapproval, and perhaps Boni­facio knew it as well; the fledgling Kati­­punan was ill-prepared for armed struggle, much less nation-building. But Bonifacio was a man of action. Fate made the choice for all when authorities found out the movement. Bonifacio’s cry for liberty rang out on August 26, 1896.

Bonifacio’s men met defeat after defeat. Meanwhile in Cavite, katipuneros led by Emilio Agui­naldo gained successive victories, liberating most of their province. As their Supremo, Bonifacio was invited to Cavite. The native of Tondo never made it out alive.

The two rival Katipunan councils, Aguinaldo’s Magdalo, and Bonifacio’s Magdiwang, met to unify the resistance. Instead regional, social as well as ideological differences split them apart. Besides opting government patterned after the USA, the Magdalo council sought to install the Caviteńo kinsmen of Aguinaldo, all of whom from a well-educated pedigree, to the fledgling government.

On April 26, 1897, two officers loyal to Aguinaldo came to arrest Bonifacio. They killed Andres’s brother Ciriaco, shot Bonifacio in his left arm and stabbed him in the neck.

Bleeding from untreated injuries and half-naked while being tried for treason, Bonifacio requested that his gun be brought as evidence that the attack was unprovoked; his revolver had all its bullets unspent. He also endured seeing his wife testify that Col. Yntong, a man lo­yal to Aguinaldo, flogged and attemp­ted to rape her. Historian Ambeth Ocampo postulates in his book Bones of Contention that, having forced the 21-year-old de Jesus into an empty room, Yntong did rape her; she just shielded her husband from further suffering. Yntong was never tried for such crimes.

On Tala hill in Maragondong, Cavite, four soldiers of Aguinaldo executed and buried Bonifacio and his brother Procopio. Though Magdalo factions sought to prevent a split in the independence movement with the death of Bonifacio, they instead fractured a nation’s psyche.

In a Filipino essay translated by Dr. Isagani R. Medina entitled “What the Filipinos Should Know,” Bonifacio wrote, “Reason tells us that we cannot expect anything but more sufferings, more treachery, more insults and more slavery. Reason tells us not to fritter away time for the promised prosperity that will never come. . . . Reason teaches us to rely on ourselves and not to depend on others for our living. Reason tells us to be united . . . that we may have the strength to combat the evils in our country.”

Freemasonry in the Philippines