As America celebrates its 237th birthday over Fourth of July 2013, television networks will again have several programs of all types airing during the holiday, which falls on a Thursday this year but will perhaps carry over through the weekend for people able to take the Friday off. Various movies, music specials, documentaries, movie marathons and sporting events will air over Fourth of July 2013 week, and here are some notable ones. 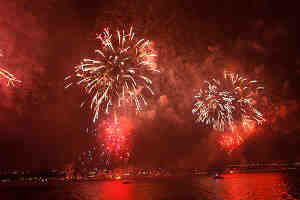 (All times are ET; check back for updates and additions.)

4th of July Music – July 2 at 12am through July 8 on Music Choice’s “Sounds of the Seasons” channel.

The Game Marathon – July 2 from 8am-5pm on BET. Episodes of The Game lead in to the beginning of new episodes, which start at 10pm with “The Busted Episode.”

Washington the Warrior – July 3 at 10am on History. Before George Washington became the “father” of his country, he was a soldier. This program looks at the side of Washington we don’t always think about, and begins in 1753, when the 21-year-old obtained an officer’s commission in the Virginia militia. By the time America declared independence, Washington was the consensus choice to lead the Continental Army.

Secrets of the Founding Fathers – July 3 at 12pm on History. This program investigates the history and symbology so prominent in the creation of the United States, and traces the intricate connections of the Founders with Freemasonry, other secret organizations and between each other.

Aerial America Marathon – July 4 at 12am until July 5 at 6am on Smithsonian Channel.

BBQ Pitmasters Marathon – July 4 at 6am until July 5 at 6am on Destination America.

Music Independence Day – July 4 from 6am-6pm on MTV, CMT and VH1. MTV, CMT and VH1 get back to their roots by devoting an entire day to music, both established stars and emerging artists.

Jefferson – July 4 at 8am on H2. A two-hour look at Thomas Jefferson’s complicated life and legacy.

The Twilight Zone Marathon – July 4 at 8am until July 5 at 6am on Syfy. The annual favorite programming stunt returns, with Syfy airing 22 straight hours of episodes from the classic anthology series, including memorable titles such as “Time Enough at Last,” “It’s a Good Life,” “The Eye of the Beholder” and “To Serve Man.”

Wicked Tuna Marathon – July 4 at 9am until July 5 at 3am on National Geographic Channel.

Washington’s Generals: “Benedict Arnold” – July 4 at 10am on H2. A look at the complicated and controversial American Revolution figure whose name has become synonymous with treason.

The Revolution Marathon – July 4 at 11am until July 5 at 4am on H2. Several episodes of the series that chronicles the American Revolution. 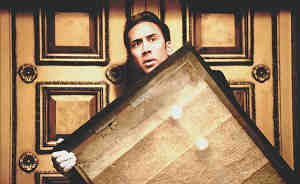