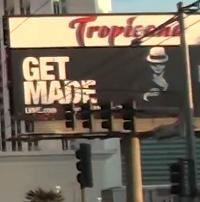 Originally Published at Conspiracy Archive on 2008/08/31

Back in June 2008 there was a story (in English) about the Italian authorities having concluded an investigation ôinto attempts to slow down legal proceedings against members of the mafia with the help of members of the Freemasonryö:

(AGI) û Palermo, June 17 û Eight æprominentÆ arrests were made by the police of Trapani and Agrigento last night, the conclusion of an investigation by the Anti-mafia District Department of Palermo into attempts to slow down legal proceedings against members of the mafia with the help of members of the Freemasonry. One of the arrested is Michele Accomando, entrepreneur in Mazara del Vallo (Trapani), already arrested in 2007, charged with mafia membership. The man is member of the loggia ôGran Serenissimaö of the Freemasonry of Trapano. An official of the Finance Ministry working in Agrigento, Calogero Licata was also arrested, as well as a businessman from Agrigento, Nicola Sorrentino, and an employee of the Court of Cassation, Guido Peparaio, employee of the registrarÆs office of the second penal section of the Court of Cassation. But according to the investigators the key figure is another arrested, the Roman wheeler-dealer Rodolfo Grancini.

Also arrested are a gynaecologist from Palermo, Renato De Gregorio, who would have been favoured through the delay of his case in Cassation, and a policewoman, Francesca Surdo, secretary of the director of the operational central Service of the State police.

There were more details in the proceeding days, but most of it was in Italian. From what I was able to gather at the time, the task force was dubbed (cleverly) Operation Hiram [Operazione Hiram]. There was at least one mobster-mason Michele Accomando arrested, and Calogero Licata, Nicola Sorrentino, Guido Peparaio, Rodolfo Grancini and Renato De Gregorio may well have been Freemasons too. The Grand Master of the Grand Orient of Italy, Gustavo Raffi was in the press, promising to protect the reputation of Freemasonry and that the latter would observe the criminal proceedings as a civil party; one of the suspects was Grand Master Stefano De Carolis of the Serene Grand Lodge æUnita dÆItaliaÆ; also implicated was a Jesuit Priest from Rome, Father Ferruccio Romanin. (Sources: Chi sono gli arrestati; and the Grand Lodge of ItalyÆs archive of press coverage.) Another English account, on the same day:

The probe is investigating alleged collusion between Mafia bosses and members of masonic lodges to delay trials pending at ItalyÆs court of cassation.

Under ItalyÆs statute of limitations, cases automatically lapse after a certain period of time if the trial has not been completed.

Anti-Mafia police carried out searches at the court of cassationÆs headquarters in the capital, Rome, La Repubblica said.

A court employee was among the eight people arrested late on Monday. Charges against the suspects include Mafia association, perversion of the course of justice, embezzlement, illegally accessing court computer systems and disclosing confidential information.

Those arrested include a woman police officer, a gynaecologist from Palermo, entrepreneurs from Agrigento and the western Sicilian coastal city of Trapani.

The gynaecologist, whom an appeals court has convicted on charges of violent sexual acts against a female minor, allegedly paid substantial bribes to have his case at the court of cassation shelved, La Repubblica said.

The medicÆs case has been with the court for three years, La Repubblica reported.

Dozens of police searches are continuing as part of the anti-Mafia probe, dubbed æHiramÆ, which began in 2006 when police investigated several Mafia families in Trapani.

The probe involves anti-Mafia investigators from Trapani, the southern Sicilian city of Agrigento, Rome and the central Italian city of Terni, according to La Repubblica.

This is nothing new for Italian Freemasonry. P2 (Propaganda Due) is the most famous example of Freemasonic conspiracy in Italy, but there is a book by Peter T. Schneider which goes into specific details on Italian MasonryÆs history of collusion with the Mafia. Here, then, are some choice excerpts from Reversible Destiny: Mafia, Antimafia, and the Struggle for Palermo (pp. 75-77): Masonry and the Mafia are so intertwined in Italy that the initiation rituals of the Craft have even undergone a Mob-fication of sorts. In the Masonic Lodge in Trapani, Sicily, for example, the initiator and initiate cut their wrists, place them against each other, and kiss one another on the lips. Former Sicilian mobster, Leonardo Messina, has said: ôMany uomini dÆonore, in particular those who succeed in becoming Mafia bosses, belong to the freemasonryàbecause it is in the freemasonry that they can have total relationships with the entrepreneurs and with the Institutions.ö (See Donatella Della Porta, Alberto Vannucci, Corrupt Exchanges: Actors, Resources, and Mechanisms of Political Corruption, Aldine Transaction, 1999, p. 168.)