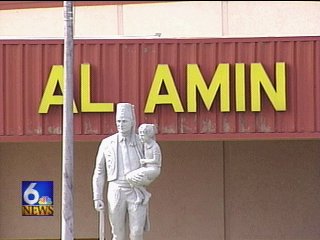 CORPUS CHRISTI - The local Shriners are trying to find a new home for their annual circus. The Memorial Coliseum is closed, and the American Bank Center is too costly. The answer may be to build their own arena that the public can use as well.

Folks with the Corpus Christi Al Amin Shriners said their biggest fund-raiser is the circus, like one held in 2003 at the Memorial Coliseum. Funds raised from the circus support the Shrine Center, and it's from the center that they're able to provide hospital transportation for children.

Now with the colliseum shut down, they're having to use the ABC, and it's just not bringing in the money.

"We'll just make less money than we used to make at the coliseum," Vince Ares of Al Amin Shriners said, "simply because the expenses are more than what we paid for at the coliseum."

So they're making plans to build their own arena on their own 18-acre property off of I-37 and Suntide Road. The prosposed building would have enough seating for 3,500 people and parking for 600 plus cars.

Jim Cramer with Shriners said they just want to offer smaller organizations a choice, and Corpus Christi Junior League President Karen Nicholson said she thinks the center will do that.

Cramer said the whole project would roughly cost around $4.7 million. So they need sponsors. He said the group also wants to make sure the public is behind them before they go ahead with any plans.