Dukes, Freemasons, Jersey and all that sort of nonsense

The Dukes of Kent, odd factoids

Dukes, Freemasons, Jersey and all that sort of nonsense 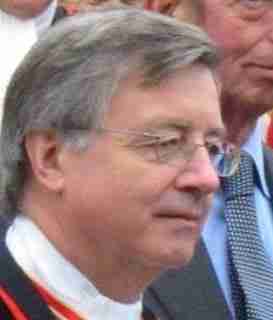 Lord Patel posted Thursday, February 28, 2008 Happy 63rd Birthday SIR PHILIP MARTIN BAILHACHE Bailiff of Jersey to which the most extraordinary comments have been added ... to those interested in that sort of thing ...well these will be the sort of thing that those sort of people will be interested in.

Can what is said about Freemasons on Jersey be true ?Is the Lieutenant Governor of Jersey a Freemason ? Does the Freemasons HQ , on Stopford Road, St Helier hold any secrets ?

Is the person in this Wikipedia photograph of Sir Philip Bailhache the HRH Prince Edward Duke of Kent, Most Worshipful Grand Master of the United Grand Lodge of England, the governing body of Freemasonry in England and Wales, and has served as the Grand Master of the Order of St Michael and St George since 1967.(As was his Dad Prince George Duke of Kent - who died in a mysterious plane crash (Sunderland mark 3, W4026 en route to Iceland) on 25th August 1942 near Cathness -

The Duke of Kent had a long string of affairs with men and women before and during his marriage. The better known of his partners were black cabaret singer Florence Mills, banking heiress Poppy Baring, Ethel Margaret Whigham (later Duchess of Argyll), musical star Jessie Matthews and a 19 year love affair with Noel Coward. (Love letters from the Duke to Coward were stolen from Coward's house in 1942). Allegedly his loins were also known to Sir Anthiony Blunt, art historian, traitor and famed homosexualist and liar) .He is said to have been addicted to drugs , cocaine and morphine and reportedly was blackmailed by a male prostitute to whom he wrote intimate letters. )

This is coincidentally a picture of the Duke from Wikipedia .... 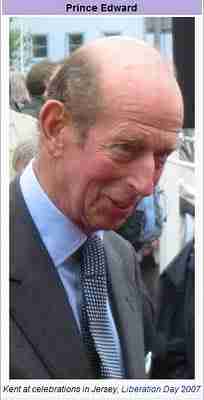 Odd factoid, The Duke of Kent is cousin to both the Queen AND Phil the Greek. 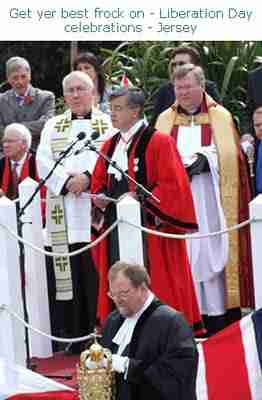 5 comments:
Anonymous said...
What has happened to all the comments about Freemasonry in Jersey and the FReemasons that control law and politics in Jerrsey.

Whilst there is that kind of editorial censorship on this medium. This site just CANNOT be taken seriously...

His brother is a Freemason.

All crown officers are FReemasons who have corrupted Jersey law and Jersey politics.

You cannot shut us up or imprison us ALL up as you abused us for telling the truth!!!

Ritual Sexual Child Abuse is perpetuated by you censoring the truth [as the evil Freeemasons have done in Jersey] that we publish on these sites...

4:51 PM
Anonymous said...
Good for you for asserting the truth.

The more the Freemasons try to control us in Jersey the more we will destroy them.

4:53 PM
Shutter said...
YOu are confused- there is no censorship - the comments referred to are on the original article on the Bailiff's birthday.

Further more the extensive technical staff haven't a clue about how to delete comments.

In fact most have velcro fittings on their shoes because they haven't the technical knowledge and even less, the skill to tie up shoelaces.

5:57 PM
Anonymous said...
Why have none of your intelligent contributors not asserted that the photo of "the Toff" has been photoshopped with the insertion of a partial image of HRH Duke of Kent [MW Grand Master of Freemasonry] to the rear of the picture of the "Toff" on Wikipedia. A man who has overstayed his welcome in Jersey - the one wearing the robes of red & black - symbolic of Satan & Lucifer.

Was "the Toff" not Governor of Haut de la Garenne children's home?

If he was an Honourable man he would have resigned with immediate effect.

Clearly it appears he is not.

The longer he stays in office, the easier it will be to demand substantial damages from him personally - for his responsibility in overseeing this whole sordid matter as one with responsibility for the home?

The cover up of ritual sex abuse to children who are now potentially dangerous loose wild adults who want blood!

Perverts in power in Jersey have destroyed Jersey's standing in the world.

Perverts in Jersey have destroyed my husband emotionally who now suffers from mental health problems. He can maim. He can kill. He will, if provoked by politicians in dark glasses who pretend to be Jersey Masonic Mafiosi.

Those in authority in Jersey think they are safe - they are most certainly NOT!

Knowing the state my husband is now in, I can tell you that those in authority responsible for this evil will always have to look over their shoulders to see who is close to them. If not, they will never be able to blame others as they did before and are doing now.

I've seen David Icke's site on the internet and he knows what's going on in Jersey.

I am trying to support my husband but he is turning more & more wild everytime he hears a Jersey politican lying about Haut de la Garenne.

The male Masonic politicians in Jersey are playing with very hot fire that is spinning out of their control.