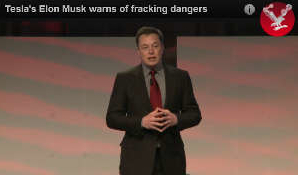 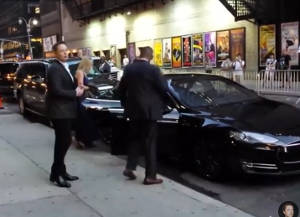 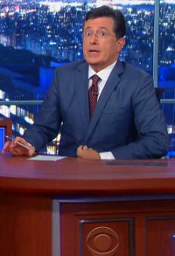 Elon Musk is clearly in the 2016 race for Supervillain of the Universe, because on the "Late Show with Stephen Colbert," he suggested there were two ways to make Mars hospitable for humans.

There's a slow way and a fast way, and both, said Musk, involve warming the planet.

The slow way is to flood the planet with greenhouse gases and cause a kind of Martian climate change over a matter of years.

The fast way is much more … interesting.

"The fast way is to drop thermonuclear weapons over the poles," said Musk with a completely straight face.

That would be one way to do it. And how does he propose getting there affordably? Why, with his reusable SpaceX rockets, of course. The last test of that technology, which involved landing the craft on a floating barge in the ocean, failed spectacularly when it tipped over and exploded

But within two to three years, Musk told Colbert, it'll be ready for human passengers. Yes, really -- Musk thinks that people like you or I could hop in a SpaceX craft and start jetting around in space.

Is it ready? It'll have to be: SpaceX really wants to use its reusable rockets to bring NASA astronauts to the International Space Station within the next couple years, said Musk.

What could go wrong?