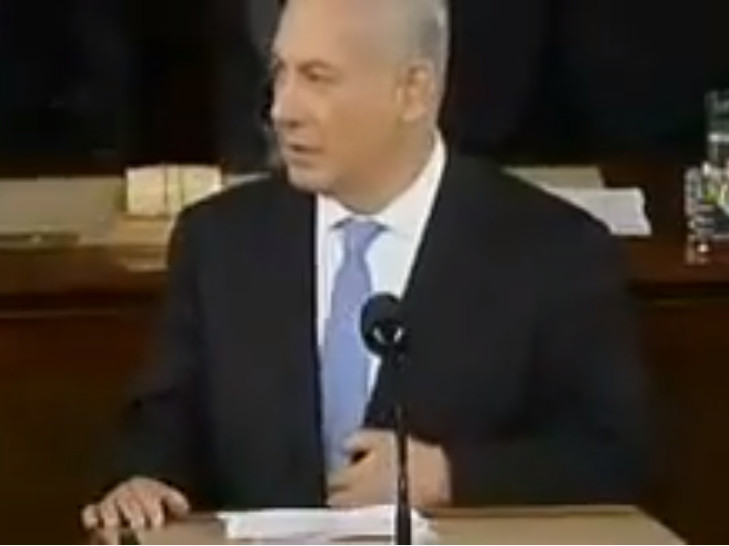 Posted by Joel B. Pollak

After running a slew of anti-Israel op-eds, the New York Times invited Israeli Prime Minister Benjamin Netanyahu to submit his own

NetanyahuÆs refusal, signed by senior adviser Ron Dermer and reprinted in the Jerusalem Post, is a masterstroke.

I received your email requesting that Prime Minister Netanyahu submit an op-ed to the New York Times. Unfortunately, we must respectfully decline.

A case in point was your decision last May to publish the following bit of historical revision by Palestinian President Mahmoud Abbas:

It is important to note that the last time the question of Palestinian statehood took center stage at the General Assembly, the question posed to the international community was whether our homeland should be partitioned into two states. In November 1947, the General Assembly made its recommendation and answered in the affirmative. Shortly thereafter, Zionist forces expelled Palestinian Arabs to ensure a decisive Jewish majority in the future state of Israel, and Arab armies intervened. War and further expulsions ensued.

This paragraph effectively turns on its head an event within living memory in which the Palestinians rejected the UN partition plan accepted by the Jews and then joined five Arab states in launching a war to annihilate the embryonic Jewish state. It should not have made it past the most rudimentary fact-checking.

The opinions of some of your regular columnists regarding Israel are well known. They consistently distort the positions of our government and ignore the steps it has taken to advance peace. They cavalierly defame our country by suggesting that marginal phenomena condemned by Prime Minister Netanyahu and virtually every Israeli official somehow reflects government policy or Israeli society as a whole. Worse, one columnist even stooped to suggesting that the strong expressions of support for Prime Minister Netanyahu during his speech this year to Congress was ôbought and paid for by the Israel lobbyö rather than a reflection of the broad support for Israel among the American people.

Yet instead of trying to balance these views with a different opinion, it would seem as if the surest way to get an op-ed published in the New York Times these days, no matter how obscure the writer or the viewpoint, is to attack Israel.

Even so, the recent piece on ôPinkwashing,ö in which Israel is vilified for having the temerity to champion its record on gay-rights, set a new bar that will be hard for you to lower in the future.

Not to be accused of cherry-picking to prove a point, I discovered that during the last three months (September through November) you published 20 op-eds about Israel in the New York Times and International Herald Tribune. After dividing the op-eds into two categories, ôpositiveö and ônegative,ö with ônegativeö meaning an attack against the State of Israel or the policies of its democratically elected government, I found that 19 out of 20 columns were ônegative.ö

The only ôpositiveö piece was penned by Richard Goldstone (of the infamous Goldstone Report), in which he defended Israel against the slanderous charge of Apartheid.

Yet your decision to publish that op-ed came a few months after your paper reportedly rejected GoldstoneÆs previous submission. In that earlier piece, which was ultimately published in the Washington Post, the man who was quoted the world over for alleging that Israel had committed war crimes in Gaza, fundamentally changed his position. According to the New York Times op-ed page, that was apparently news unfit to print.

Your refusal to publish ôpositiveö pieces about Israel apparently does not stem from a shortage of supply. It was brought to my attention that the Majority Leader and Minority Whip of the U.S. House of Representatives jointly submitted an op-ed to your paper in September opposing the Palestinian action at the United Nations and supporting the call of both Israel and the Obama administration for direct negotiations without preconditions. In an age of intense partisanship, one would have thought that strong bipartisan support for Israel on such a timely issue would have made your cut.

So with all due respect to your prestigious paper, you will forgive us for declining your offer. We wouldnÆt want to be seen as ôBibiwashingö the op-ed page of the New York Times.

PHOTO: House Speaker Bro. John Boehner of Ohio walks off the floor of the House chamber on December 20, 2011, in Washington