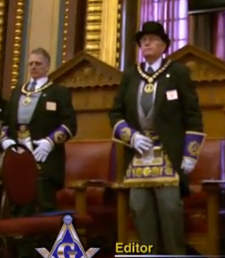 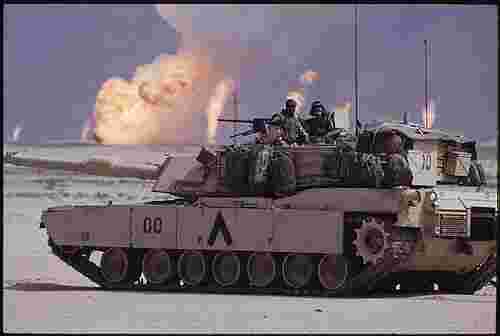 Experts ask whether poor soldiering skills and tactics are to blame, or if avoiding civilian casualties is just not a priority

The persistently high civilian death toll in Gaza has raised questions among military analysts and humanitarian law experts over the quality of training of Israeli gunners and their rules of engagement in such heavily populated areas.

The questions were given new urgency after a UN-run school was hit by five artillery shells on Wednesday, killing 16 civilians and injuring 100 more, mostly women and children, and the deaths of 17 others in a crowded market, as the Israel Defence Forces' (IDF) Operation Protective Edge against Hamas entered its 24th day. The IDF has repeatedly cited targeting errors, and blamed Hamas for operating in civilian areas.

However, Andrew Exum, a former US army officer who has studied Israel's military campaigns, said the IDF had a long history of mistakes causing many civilian casualties.

"Errant artillery and air strikes have unfortunately been something of a theme in Israel's conflicts in both southern Lebanon and Gaza over the past two decades. There are good strategic reasons to avoid using air power and artillery in these conflicts: they tend to be pretty indiscriminate in their effects and make it difficult for the population under fire to figure out what they're supposed to do to be safe," said Exum, who was a defence department special adviser on the Middle East.

"I'm not sure what the issue is. In 2006 and 2008, it was pretty clear the IDF's combined armed skills û their ability to integrate artillery and air power into ground campaigns û had atrophied since the withdrawal from Lebanon in 2000. But I don't know whether the issue remains poor training, a lack of forward observers talking to the artillery batteries and aircraft, or commanders who just don't think avoiding civilian casualties is a priority."

"When a stray shell killed 23 Palestinian civilians, including nine children, in Beit Hanoun in northern Gaza in November 2006, it was found it was caused by a faulty programming card in a counter-battery radar system, called Shilem, designed to track an enemy projectile's trajectory back to its point of origin and direct artillery fire back at that spot. The inquiry also found that the artillery crew had not recalibrated their weapons overnight and did not have spotters monitoring whether their fire was accurate, so 12 to 15 artillery shells were fired before it was realised they were hitting an apartment complex. It is not clear what changes the IDF made to its targeting methods as a result."

Retired brigadier general Shlomo Brom insisted there was no inherent problem in IDF training, saying: "The Israeli artillery corps has gone through the same development the Israeli air force has gone through, and most of the ammunition it launches, including shells launched by guns, is accurate guided ammunition, and there is no problem with the training of the crews.

"If there are problems of targeting it is probably the product of gaps in intelligence à and collateral damage that is caused by Hamas's use of the cover of the civilian population," said Brom, now a senior research associate at the Institute for National Security Studies, in Tel Aviv.

However, military analysts and human rights observers say the IDF is still using unguided, indirect fire with high-explosive shells, which they argue is inappropriate for a densely populated area like Gaza û where 1.8 million people live in an area the size of the Isle of Wight. The biggest artillery weapon being used is a 155mm howitzer, mounted on tracks to make it mobile. It typically fires a fragmentation shell weighing 44kg that spreads shrapnel over a wide area. Such shells have a lethal radius of 50 to 150 metres and causes injury up to 300 metres from its point of impact. Furthermore, such indirect-fire artillery (meaning it is fired out of direct sight of the target) has a margin of error of 200 to 300 metres.

The use of indirect artillery fire in residential areas is not forbidden under international humanitarian law, but its legality depends on a balance between potential military gain against risk of harm to non-combatants. On that basis, Donatella Rovera, Amnesty International's senior crisis response adviser, said it was hard to see a military justification for its use in Gaza. "The margin of error of an artillery shell is well known. If you are shooting into a civilian area, there is a high chance of hitting civilians and a low chance of hitting your military objective, unless your military objective is to terrorise and punish a population," she said.

The IDF is reported to have a "safety zone", the closest an artillery target can be to civilians areas, of 100 metres. That is significantly less than the casualty radius of 155mm artillery shells, and Human Rights Watch found in a 2007 report that the rule appeared to be ignored in Gaza.

Where howitzers are used to strike back at missiles or mortars launched from inside Gaza, the guns are aimed with the help of the Shilem radar system and a linked, computerised fire direction centre. The coordinates for any protected building û the UN school for example û are supposed to have been fed into that computer database to block fire in that direction automatically. The UN says it had provided the coordinates of all its buildings, but it is not clear whether that data was incorporated into IDF systems.

The legality of Israel's indirect fire in response to Hamas's missiles also depends on the availability of more accurate alternatives. Israel has the option of aerial missile strikes but they are not as instantaneous, in response to enemy fire, as artillery. Tank fire, being direct, within sight of a target, should also be more accurate, but Rovera said there have been plenty of examples of sloppy aiming.

"Reckless targeting is a recurring problem, and the hand-wringing and words of regret no longer have any value. If you are making the same mistakes again and again, you would hope something is being learned," she said, adding there was no sign of any disciplinary action for IDF mistakes that kill civilians. "There is no pattern of anyone being held to account, and impunity just leads to more reckless behaviour."