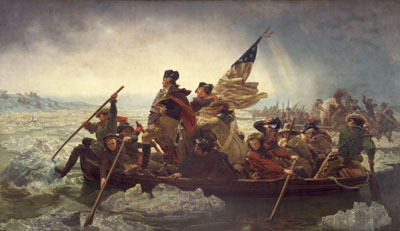 Excerpt Catholics and the Republic
by Reverend Father Christopher Hunter

To begin with, such chroniclers who assert this (and they usually assert it with great authority!) are proving their willingness to believe Masonic sources as if these same Masons were pillars of honesty and would never mislead us in matters that might be self-serving.

The Masons, of course, love to claim our first President as their own, often depicting him in full Masonic regalia, laying the foundation stone for certain public buildings in our Nation's capital. But if ever there was a classic example of a half-truth, this is it! I will let the reader determine if it is either fair or accurate to call our first President a Mason.

Washington took the first degree of Masonry in 1752, at the age of twenty, at Fredericksburg, Virginia. In the following year he took the second and third degrees at the same place. What the Masons don't bother to mention is, that after 1753, Washington never practiced Masonry. On September 25, 1798, Washington wrote that he had not set foot in a Masonic Lodge "more than once or twice in the last thirty years," or that he told his aide-de-camp that Masonry was "for the most part child's play," and that "it might be used for the worst of purposes."

Nor are we told that Washington died a Catholic. The facts concerning this have been well publicized and would seem to leave little room for doubt.

There is little reason to doubt the report of Washington's deathbed conversion since his Negro slaves who testified to it, were not Catholic. In fact, it is reported that "weeping and wailing occurred in the quarters that Massa Washington had been snared by the Scarlet Woman of Rome…" In addition, it is reported that Washington made the Sign of the Cross before meals. He is also known to have attended High Mass on occasion in old St. Mary's Church in Philadelphia.

After his death, a picture of the Blessed Mother was found among his effects which, I am told, today hangs in his home, Mt. Vernon.

It was of George Washington that the Catholic Cecil Chesterton was speaking when he wrote: "It may be justly said of him, as it can be said of few of the great men who have molded the destinies of nations, that history can put its finger on no act of his and say, 'Here this man was preferring his own interest to his country's'."

Such are the facts that must be taken into account concerning America's political beginnings. Dr. Walsh was always fond of saying that: "Facts are truth, but facts are not truth unless you have all the facts." What I have put down here are those facts necessary to have a complete picture of the influences on the men who gave us the two documents upon which the United States was founded.

If Catholics believe it important to honor their Church by demonstrating its powerful influence upon the minds of men, then they should rejoice that in otherwise Protestant America, Catholic principles triumphed at the beginning!