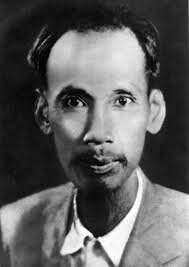 Hanoi (AsiaNews/EDA) - The recent collapse of a historic building in central Hanoi has re-opened a hitherto little-known chapter in the history of Vietnam, namely the role played by freemasonry in the country. Emerging in the nineteenth century in the heyday of French colonial rule, the fraternity of free stonemasons included Ho Chi Minh among its members.

In the afternoon of 22 September, the colonial-era building located at 107 Tran Hung Dao St suddenly caved in. Two people were killed and many more were injured.

The local press gave the story broad coverage, raising questions as to why the building caved in. However, what has caught the attention of many intellectuals and history buffs is the role played by the building in the modern history of Vietnam.

Following the establishment of French Indochina in 1887, freemasons came to the Asian country. Once upon a time, the two-storey old French villa was the seat of the Masonic Lodge of the Tonkin.

Rapidly, the lodge (and the villa) grew in influence, so much so that Masons soon held the most important offices and positions of power throughout Indochina.

Based on historical records, 22 out 32 governors-general of Indochina, six out of eight high commissioners, four commissioners general, nine out of 16 military leaders were members of the Masonic fraternity. Many senior French colonial officials had sworn allegiance to the association.

However, this power did not go unchallenged. Catholic missionaries were among the staunchest opponents of Freemasonry in Vietnam, and soon began clashing with local leaders loyal to the lodge.

Such a struggle did not stop the fraternity from growing; especially local educated and wealthy elites soon became keen on belonging to a secret society, beginning with lodges in France.

Such was the case of Nguyen Van Vinh, an intellectual and writer, who translated the main French authors into Vietnamese.

He was the first to join a lodge, taking advantage of a trip to France for the 1908 Universal Exhibition, after meeting resistance from Masonic lodges in Vietnam.

He was soon followed by other Vietnamese, including Emperor Duy Tân, artists and writers such as Tran Trong Kim and Pham Quynh, and even Ho Chi Minh, who at the time (1922) went by the name of Nguyen Ai Quoc.

In 1920s, the Vietnamese lodges opened up to local elites, setting up the ‘Confucius’ lodge in Hanoi and the 'Kong Phu Tseu' in Saigon (now Ho Chi Minh City).

According to the police investigation, the building, which collapsed on 22 September, had been restored in the 1990. However, the work was not enough to stabilise it.