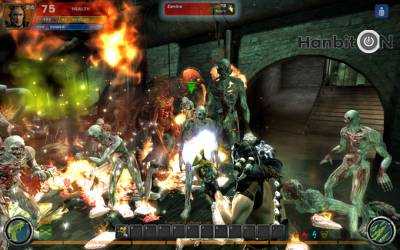 "The dead travels fast," wrote Bram Stoker once in his classic novel Dracula. What that has got to do with this? Well, we honestly don't know. We were thinking a quote like that could be a good way to start one. Besides, one doesn't know what to do with the dead anyway. Especially when the dead is haunting the streets of London.

Basically, that is the premise of the upcoming title Hellgate: London. In the year 2038, Freemasons and Knights Templar go out in the open to battle these undead creatures and prevent them from making our beloved world into another Hell. With a plot like that, it is almost out of the question if this one will attract enough attention.

True enough, this Flagship Studio creation has been making noise even this early. From gameplay videos to movie trailers and even an interview with its developers. Judging from what we've seen and heard so far, it seems that Hellgate: London will indeed deliver. But then again, we don't want to speak so soon. We guess we will all just have to see once the game comes out.