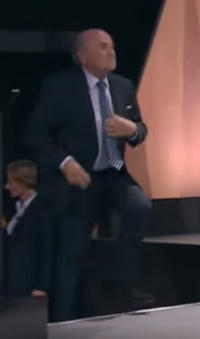 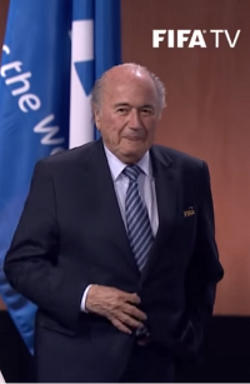 Switzerland's attorney general opened a criminal investigation against FIFA President Sepp Blatter on Friday, saying soccer's most powerful official could be charged with "suspicion of criminal mismanagement and misappropriation" of funds.

Blatter, 79, who has run FIFA since 1998, was questioned by Swiss authorities as part of a widening probe into soccer corruption.

Blatter's lawyer, Richard Cullen, in a statement said his client was cooperating and that "certainly no mismanagement occurred."

The Swiss investigation involves a contract Blatter signed in 2005 that assigned World Cup television rights to the control of an indicted former FIFA official, Jack Warner. That contract, excerpts of which were posted on the website of Swiss broadcaster SRF two weeks ago, awarded Warner's Caribbean Football Union the rights to both the 2010 and 2014 World Cups for $600,000. Warner then licensed those rights and sold them for $20 million.

In 2011, when Warner left FIFA after being implicated in a bribery scheme, he claimed FIFA gave him undervalued World Cup rights in exchange for helping Blatter win reelection as the organization's president.

Warner, who is from Trinidad & Tobago, was charged by U.S. authorities in May as part of a 47-count indictment brought against nine high-ranking soccer officials and five sports marketers. Blatter was not charged. The 14 officials and businessmen were charged with racketeering, wire fraud and corruption, among other offenses — many of the charges stemming for the sale of broadcast and sponsorship rights.

U.S. and Swiss authorities, who have been cooperating in separate criminal investigations, held a joint news conference in Zurich last week, saying more charges would be filed.

The Swiss authorities also said Blatter is suspected of making a "disloyal payment" of just more than $2 million to Michel Platini, president of UEFA, the governing body for soccer in Europe. Platini, a former soccer star and Blatter ally turned rival, had been a leading candidate to succeed Blatter as FIFA president in special elections scheduled for February.

The payment to Platini was made in 2011, Swiss officials said, for work done from 1999 to June 2002. Under Swiss law, a payment is disloyal if it is against the best interest of the employer. Platini said in a statement he was entitled to receive the money.

With Platini's name surfacing Friday as part of the Swiss investigation, that probably will leave Jordanian Prince Ali bin al-Hussein as the early favorite to succeed Blatter as FIFA's president. Prince Ali was the only candidate to run against Blatter last May.

Swiss prosecutors interrogated Blatter after a FIFA executive committee meeting in Zurich on Friday and said they searched his office and seized data. A midday news conference at which Blatter was expected to address Swiss and U.S. investigations of corruption in FIFA was canceled without comment shortly before Swiss Atty. Gen. Michael Lauber announced his office had begun proceedings against Blatter.

Friday's criminal case is the most significant development yet in a series of investigations that has crippled FIFA and probably will end Blatter's controversial 17-year rule. Last week, FIFA suspended Secretary General Jerome Valcke, Blatter's chief aide, for his alleged involvement in a black-market ticket deal at the 2014 World Cup. Valcke denied the contentions.

Swiss authorities have been investigating Blatter for months, examining more than 11 terabytes of evidence, including 121 Swiss bank accounts. Luxury apartments in the Swiss Alps belonging to high-ranking FIFA officials also were seized.

Since U.S. Atty. Gen. Loretta Lynch handed down her indictments in May, Blatter's lawyers advised him not to leave Switzerland to avoid possible arrest and extradition to the U.S.

Blatter did not attend last summer's Women's World Cup in Canada, the first time he's missed that tournament during his presidency.

Blatter was reelected to a fifth term in May, days after Lynch's charges were announced. But with the organization reeling from the criminal investigations, Blatter announced days later he would step down in February.