'Pay particular attention to the wife' 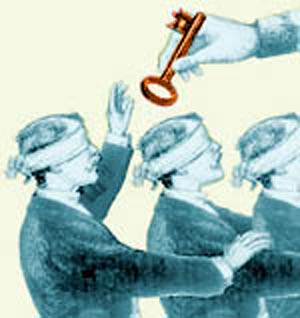 From: b
Date: Sun, 14 Aug 2005
Subject: Husband interested in Masonic lodge in Ky
To: [email protected]

My husband has been working for a Mason recently, and has been subsequently what I term brainwashing him. We had the three guys come over to "prove our worthiness." He was accepted but I stopped the process by "asking too many questions." None of these anyone would answer Why no women? Why secrets? etc.This has caused great turmoil in our household and although my husband has not joined he now has this"I'm the king of this castle and what I do is none of your business attitude." When I confronted his boss, I was told that I sounded like a Catholic priest who wanted confession. It has since been brought up that I was going to work at a Catholic school to my husband when the name only had Cathedral in it because they owned the building. And I used to work there...but my husband was told that I was going to work at a Catholic school....and he was convinced I said this when He was there when they talked to me....Bizarre and very scary for me.


From the Summer 89 edition of the Missouri
"The Freemason"

THE INVESTIGATING COMMITTEE
By Zelwin B. Eaton, P.M.
Adair Lodge No. 366. Kirksville 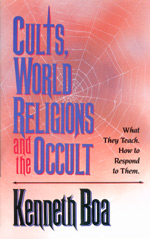 After the reception of a petition, the single most important event in the life of a Masonic Lodge is the function performed by the committee on investigation. It is impossible for every member of a lodge to personally know all of the potential petitioners to the lodge. In these days of declining membership, the Brothers who sign the petition of a prospective member may be blinded by friendship, a concern for the shrinking membership of their lodge or, very simply, they may not have sufficient concern for their lodge to see beyond the surface of the potential initiate whose petition they are signing.

It is the duty of the committee appointed by the Master to be unbiased by improper solicitations and uninfluenced by mercenary motives of Brothers, well meaning friends, and relatives of the prospect. The committee must seek the truth about the depth of the character of all whom they investigate. Just as importantly, they must consider the financial circumstances of the petitioner, the organizations he is already involved in, the kind of company he keeps, the reputation he has in the community, in his work place, and with the general public he comes in contact with every day.

The above answers can be obtained very simply. Ask questions, lots of them, of everyone it is possible to contact. Start out by talking to the Brothers who signed his petition. Ask them why they signed his petition. Require answers beyond "He asked me to". Find out what they really know about him, how long they have known him, who introduced them to him and why. Ask them for names of people they know who are associated with the petitioner or know him personally. Go to the men who the petitioner gave as his references. First, see if they knew they were being used as references, then find out why they think they were given as references. What comments do they have about the petitioner? Are there any ties that would suggest their assessments of his character would not be completely honest and straight forward? What would they have to gain by his membership in a world wide Fraternity. Note carefully the responses to your questions Are they given quickly, in a straight forward manner while they look you in the eye, or are there hesitations shuffling of feet, and side wise glances. Do they give you a long detailed answer and say nothing or is the answer brief and to the point, clearly answering your inquiry? If you get too many evasive answers, take this as a sure indication the committee needs to dig further and ask more probing questions.

The last step in the process of investigating a prospective candidate should be the personal interview with the petitioner in his home, WITH HIS FAMILY PRESENT. Note carefully, does the petitioner welcome you unhestitatingly into his home. Does his wife greet you warmly and make a genuine attempt to make you feel at home or is she merely tolerating your presence? Any one who is expected to spend many hours and a sum of money with a Fraternal organization must have the support with little or no reservation of his wife and family. any man who is torn between two commitments, especially when one negates the other and it is likely to be the Fraternity. Spending many hours initiating a man, teaching him the ritual, and developing a reliance on his contributions to the lodge is a useless expenditure of time and money if there is doubt from the beginning that he will be a committed member.

Now to the most important part of the committee's work, the interview in the home. Obviously, there will be as many settings for the home interview as there are homes in which interviews are conducted, so we will speak in terms of the ideal interview setting. Good manners dictate that you will interview the petitioner in the room of the house into which he invites you. This will probably be the room he and his wife feel most comfortable in or are most proud of. If possible, however, conduct your interview in the living room or the family room. Try to stay away from the dining room or kitchen. The living room is less likely to have distractions. If there is a TV, if at all possible get it turned off. You do not want to compete with a soap opera or Monday night football. By the way, make it a rule not to ask for an appointment to visit with the petitioner when there is the obvious possibility of a conflict. In other words, don't schedule interviews on Monday night during football season. Neither the petitioner's heart not his mind are likely to be on the interview, and yours probably won't be there either! 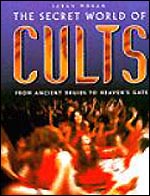 Always have three members of the investigating committee present for the interview with the petitioner. The chairman of the committee should assume the leadership role in the interview and should ask the major portion of the questions. The second man on the committee should join in answering any questions the petitioner has for his reactions to questions, and basically act as a resource person. The third man on the committee should spend the majority of his efforts observing the reactions of the petitioner's wife and any other members of the family that may be present. This man should pay particular attention to the wife. She, in the opinion of the author, is the key to the husband's retention in the Masonic Fraternity.