The Oaths they took 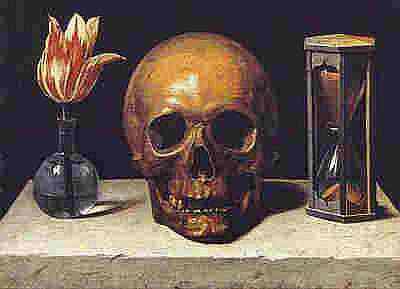 In the meeting room, twelve members of P-2, dressed in satin ceremonial robes and wearing black hoods reminiscent of those worn by members of the Ku Klux Klan, sit in leather chairs at a red marble conference table. They are the elite members of the Wolf Pack, Gelli's disciples - some say his execution squad. None of the black-clad disciples knows the identity of any of his eleven brothers...

Formed in the 19th century by the Grande Orient of Italy for the elites, the organization evolved out of the violent organization known as the Carbonari. Pagan elements suffused the rituals of the organization to which all Grand Masters of Regular Italian Freemasonry belonged. The head was known as Naj Hannah (King Cobra).

In interviews two former members have described the oaths they took. They were taken to a compound, a Villa hidden in the Apennines in the region of Tuscany. A 12-foot wall seals the neatly manicured grounds from view. In the centre of the main courtyard stands a fountain shaped like a tree trunk. The cobralike sculpture, with its inflated hood, watches over the compound in a protective posture, as if ready to strike. The cobra's head is twice the size of a human skull. It has a single eye, which is blue during daylight and red after nightfall, for inside the cobra's hood and behind its eye there is a closed-circuit camera that follows a visitor, invited or unwelcome, as the fountain rotates in the direction the intruder moves. The fountain- camera is controlled from a room within the villa where eight monitors, each with five stations, cover eight guest rooms, patio, pool, dining room, sitting room, and party room. Approximately ten cameras, including the one inside the cobra, have infrared lenses. All of the exterior cameras are camouflaged by the landscaping. The Villa's interior is magnificent. Every room has marble floors and is furnished with antiques. Observing the high ceilings, the finely crafted gold-leaf moldings, the portraits of Mussolini, Hitler, and Peron, the visitor experiences a feeling, a sort of living, breathing odor of danger and power that penetrates the soul and cell by cell contaminates the mind with fear. The year is 1964.

In the meeting room, twelve members of P-2, dressed in satin ceremonial robes and wearing black hoods reminiscent of those worn by members of the Ku Klux Klan, sit in leather chairs at a red marble conference table. They are the elite members of the Wolf Pack, Gelli's disciples - some say his execution squad. None of the black-clad disciples knows the identity of any of his eleven brothers. Grand Master Licio Gelli is the only one who bares his face. Two Masons stand post at the entrance to the meeting room. Their faces are also covered. They are Naja Hannah's personal bodyguards some say his death squad-former Mussolini Facists whose job is to protect the Grand Master and kill any of the twelve disciples who betray the cause "Il Momento di Passare all"(The Time for Real Action). Like Naja Hannah and his disciples, each bodyguard carries an axe; they also bear automatic weapons.

The ceremony begins. There is an uneven series of knocks at the door. "Your Worshipful," a disciple announces, "a pagan wishes to enter". The Grand Master strikes the table with one blow with his axe. Immediately the oversized door swings open and slams against the inner wall. Two guards escort the initiate to the center of the room where he faces the twelve Masons with his back to the grand masters throne. The Pagan, as he is called, is wearing a plain black hood and a blindfold. His identity is known to Grand Master Licio Gelli but to no one else. He is asked one question by each of the disciples, but the Pagan does not answer, instead, one of the guards speaks for him. Once all the ritual questions about purpose and belief and reason for wanting to become a member of Propaganda Due are answered, the Pagan is turned to face the Grand Master, who asks, "Pagan, are you prepared to die in order to preserve the secrets of Propaganda Due?" The initiate now answers for himself: "I am." "Do you have the necessary quality of contempt for danger?" "I do." "Do you have the necessary quality of courage?" "I am courageous." "Do you proclaim yourself an Anti-Communist?" "I do". "And Pagan, are you prepared to fight and perhaps face shame, even death, so that we who may become your Brothers may destroy this Government and form a Presidency?" "I am". Then the blindfold is removed. It takes a moment for the initiate's vision to clear, because this is the first time since entering the compound that he has been allowed to see light. The blindfold serves a purpose other than security. It also represents the power of P-2: "Without membership one is blind; with the help of the order, however, the way is clear."