Freemasonry Themes, Signs and Symbolism in the Movies 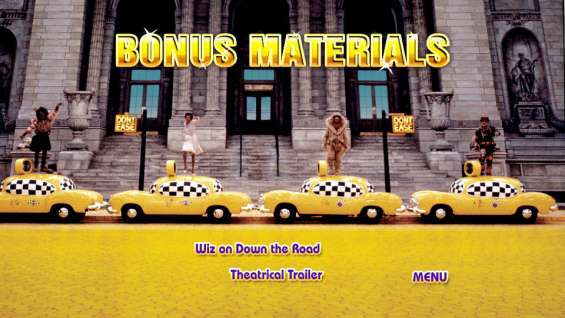 Motown Productions acquired the film rights to The Wiz in 1977, and signed Stephanie Mills in anticipation of having her star in the film adaptation. Motown singer and actress Diana Ross asked Motown CEO Berry Gordy to cast her as Dorothy instead, but Gordy declined, feeling the thirty-three-year old Ross was far too old for the part. However, Ross contacted Rob Cohen of Universal Pictures, who offered to have Universal finance the film if Ross were to play Dorothy, at which point Gordy acquiesced.

The resulting film version of The Wiz also starred former Motown star Michael Jackson as the Scarecrow, Nipsey Russell as the Tin Man, Richard Pryor as the Wizard, jazz singer Thelma Carpenter as Miss One and Lena Horne as Glinda the Good Witch. Ted Ross and Mabel King reprised their respective roles of the Cowardly Lion and Evilene from the Broadway production. Sidney Lumet served as director, working with screenwriter Joel Schumacher (who used none of Brown's stage script) and music supervisor Quincy Jones. The film was a critical and commercial failure, performing poorly at the Box Office and being panned by critics.