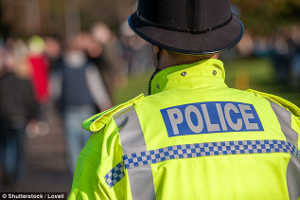 'Police cover up and freemasonry to blame for failure to prosecute Rhos on Sea crash death driver', private investigator claims

A press conference held by a private detective into the investigation of the death of a Colwyn Bay woman who was run over and killed by an elderly driver has heard allegations of a cover up by police.

The event, held at Venue Cymru this morning, was called by Mike Naughton, an investigator hired by the family of Celia Service, who was killed when she was hit by a car being driven by 90-year-old Geoffrey Fitzwalter Read.

Her daughter Helen was also injured when Mr Read’s Jaguar XF mounted the kerb and struck a railing on Rhos Road in Rhos on Sea .

The press conference heard allegations from Mr Naughton and Mrs Service's family that there had been a "perversion of the course of justice" by the Crown Prosecution Service and the coroner's service.

It was also claimed that senior officers from North Wales Police involved in the investigation were freemasons, and that there had been a cover up which meant Mr Read was not prosecuted over the mother-of-two's death.

It was alleged that medical evidence about Mr Read - who was said to have no recollection of the crash - would have been "ripped apart" in court.

But it was said the fact that the case never went to court meant there had been no justice for the family of Mrs Service.

Mr Naughton told the press conference that the family did not want "vengeance", but "justice", and that they were not an "anti-police" family.

But he said the whole investigation was botched, including failures to interview the owner of the shop outside which the crash happened until the day after the incident.

He said the investigation was something akin to "third world policing".

"The whole investigation stinks", he said.

Britains Masonic Scandal, have the 'Brethren' finally met their Waterloo?