'The fall of all dogmas and the ruin of all churches' 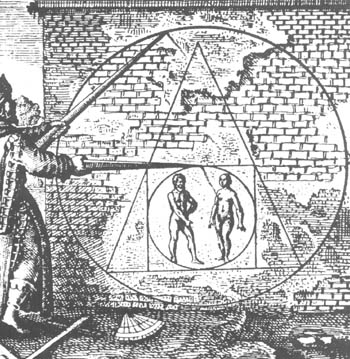 It is the province of Masonry to teach all truths, not moral truth alone, but political and philosophical, and even religious truth.


Teacher of the World's Children 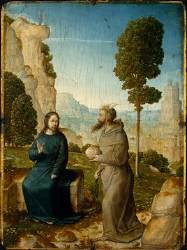 A previously noted quotation by Albert Pike, is important to recall. He said: "It is the province of Masonry to teach all truths, not moral truth alone, but political and philosophical, and even religious truth."

Indeed, shaping the minds of the world's youth has been an unremitting major activity of the Masonic Fraternity.

Historian Mildred Headings said the true purpose pursued by French Masons is "the fall of all dogmas and the ruin of all churches." She also noted that the Fraternity successfully campaigned in France to promote universal obligatory lay education and the use of school texts with Masonic values.

And what happened in France, has happened largely in America. In 1915, the Scottish Rite urged that graduates of American public schools be given "preference in every appointment to public office."

In 1920, during a special session held at Colorado Springs, Colorado, the Supreme Council of the Scottish Rite drew up a comprehensive education plan for the youth of the country. The plan called for sending all children through public schools for a certain number of years, and recommended the careful selection of school trustees and teachers, as well as supervisors of school textbooks and libraries in order to exclude "sectarian propaganda."

The Masonic plan also urged the establishment of "a national department of public education headed by a secretary appointed as a member of the President's Cabinet."

Almost immediately, the Craft's various journals propagandized in favor of the proposals which were generally embodied in legislation that through the 1920s and 30s was known as the Smith-Towner Bill, the Towner-Sterling Bill, and the Sterling-Reed Bill, reflecting the names of the Representatives and Senators who introduced the legislation.

In 1922, the State of Oregon, with Help of the Supreme Council and the Imperial Council of the Nobles of the Mystic Shrine [the group so beloved for its children's hospitals and circus presentations], was successful in lobbying for the passage of legislation which outlawed Catholic and other parochial schools in the State.

The "the apostle of free, public schools," Horace Mann, was a Freemason, and, according to his wife, was an enthusiastic advocate of the philosophy of religion, a philosophy which was "scientific, humanitarian, ethical, [and] naturalistic. . . " Mann believed in "character education without `creeds,' and in phrenology as a basis for `scientific education.'" He held that "natural religion stands . . . preeminent over revealed religion . . ."

In 1930, a Masonic writer said: "In America, public education is the right and duty of the state . . . For the time may come . . . when by unchecked operation of biologic law, and other considerations, Catholics will be a majority in these United States . . "

Four years later, another New Age contributor boldly proclaimed: "The practical object of Masonry is the moral, intellectual and spiritual improvement of the individual and society."

But by 1935, the Masonic efforts to totally dominate the minds of American children had not come to fruition because, as a New Age editorial noted, eight of the 15 members of the House Committee on Education were Roman Catholics. That situation prompted the Scottish Rite journal to say; "Hence, so long as this condition exists in Congress there will be little opportunity for creating a Department of Education.

It is now apparent, that if that handful of Catholic members of the House Education Committee had not prevailed, and subsequently been succeeded by equally steadfast Catholic Congressmen and Senators into the very early 1960s, every public school child (including this writer) might have been propagandized with naturalism as the established national religion, long before the Masonically-dominated Supreme Court effectively imposed that curriculum on the nation's public school system when it outlawed Bible reading and school prayers in 1962 and 1963.

If the views of one Masonic writer are reasonably representative of the mind of Masonry, which they undoubtedly are, the likelihood of a Masonically-imposed naturalism on America's school children was clearly a possibility before mid-20th Century. The writer declared:

Another recommendation for public school children was that they should be taught the "balance between good and evil." Nine years later, the same theme was advanced in an editorial which called for strengthening "education for life . . . the knowledge of good and evil."

The official organ of the Scottish Rite of the Southern Jurisdiction published an article in 1959 which said every Mason becomes a teacher of "Masonic philosophy to the community," and the Craft is "the missionary of the new order-a Liberal order . . . in which Masons become high priests."

The article proclaimed that this "Masonic philosophy" which has brought forth a "New Order" had become a reality by "the establishment of the public school system, financed by the State, for the combined purpose of technological and sociological education of the mass of humanity, beginning at an early age in childhood."

At the same time, another Craftsman asserted that the Fraternity "provided the major obstacle" to the growth of religious-oriented education.

In 1968, a 33rd Degree Mason said: "The keynote of Masonic religious thinking is naturalism which sees all life and thought as ever developing and evolutionary . . ."

The Bible, said Brother Leonard Wenz, "is not today what it once was." Current higher criticism, he observed, has "made obsolete the idea that the Bibie is a unique revelation of supernatural truth."

While the Court has outlawed public recitation of the Bible as a religious work in public schools, the "Americanism" program of the Scottish Rite has mandated that members of the Fraternity disseminate Masonic materials in public schools. And the brethren take that role seriously. 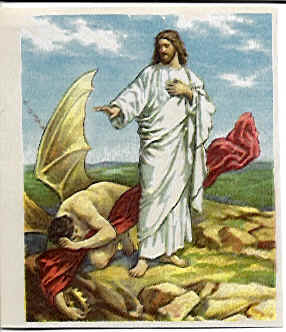 In 1959, the Grand Commander said Franklin W. Patterson, 33rd Degree, secretary of the Scottish Rite Lodge at Baker, Oregon, succeeded in persuading the principal of the local high school to use Masonic-oriented texts in the local public schools. Also, the Scottish Rite bodies of Alexandria, Virginia "placed the New Age magazine in all public school libraries within their jurisdiction."

In 1964, Grand Commander Luther A. Smith reported that Masonic booklets had been "distributed by sets to every room in every school" in the Charlotte County, North Carolina public school system. The Superintendent of Schools for that jurisdiction made the Masonic propaganda "required reading."

In 1965, Major General Herman Nickerson, 33rd Degree, Commander of the U.S. Marine Corps faciiity at Camp Lejune, N.C., was commended by the Supreme Council for introducing the Supreme Council's books on "Americanism" into the schools under his command attended by children of Marine Corps personnel. In 1966, General Nickerson received an award from the Freedoms Foundation at Valley Forge, PA., for "his citizenship program at Camp Lejune. . . ."

Subsequently, General Nickerson became Director of Personnel for the U. S. Marine Corps and on May 8, 1968 was the principal speaker when 17 West Point cadets "were obligated" as "soldier Masons," one month prior to being commissioned second lieutenants "to carry out our ideals in Viet Nam."

George Washington University in the nation's capital has long had close ties to Freemasonry, and has been the recipient of its largess. Not only did it receive $1 million from the Masons in the 1920s, it has received additional funds from the Masonic International "High Twelve Clubs," the Masons of Louisiana, the National League of Masonic Clubs, and the Knights Templar

When George Washington University restructured its Masonic funded School of Government in 1966, it consolidated the Department of Government and Business and existing programs "at the U.S. Air Force Command and Staff School, Maxwell Air Force Base in Alabama, and the Industrial College of the Armed Forces (ICAF) at Ft. McNair, Washington, D.C."

The consolidation was effected only "after a conference was held with Grand Commander [Luther] Smith and his approval obtained."

The ICAF is the highest and most prestigious of all federal educational institutions.

In 1952, Square and Compass merged with Sigma Mu Sigma, "to thoroughly indoctrinate the college men of America with the traditions of our American Masonic heritage."