A Gift of the Holy Spirit
NOT Freemasonry 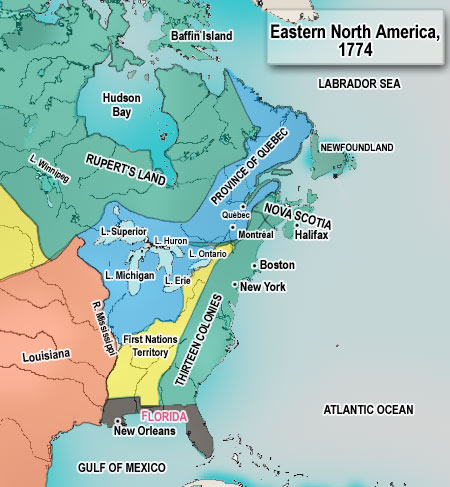 'The Quebec Act restored the former French civil tradition for private law, which had been ended in 1763, and allowed public office holders to practise the Roman Catholic faith. It replaced the oath to Elizabeth I and her heirs with one to George III which had no reference to the Protestant faith. This allowed for the majority of the population of Canada to participate in the public affairs of the colony. In other words, for the first time since becoming a colony, French Canadians were able to participate in the affairs of the colonial government. As a result of this Act, the American revolutionaries failed to gain the support of the Canadians during the American Revolution. Finally, the act annexed, to Quebec, the area east of the Mississippi River and north of the Ohio River.

While it is clear that the Quebec Act did much to secure the allegiance of the Canadians to Britain, it had other unforeseen consequences. It was termed one of the Intolerable Acts by the American colonists, further contributing to the American Revolution.

There were several American colonist concerns with the provisions of the act. For one, it guaranteed that residents of the Ohio Country were free to profess the religion of the Roman Catholic church. Settlers from Virginia and other colonies were already entering that area. Land development companies had already been formed to drive out the Indians and exploit the territory. Many of the leaders of the American Revolution, such as George Washington and Daniel Boone, were wealthy land speculators who had much to gain by establishing a new government that would not be bound by British treaties with the Indians, such as the Proclamation of 1763, that recognized Indian rights to these lands.' 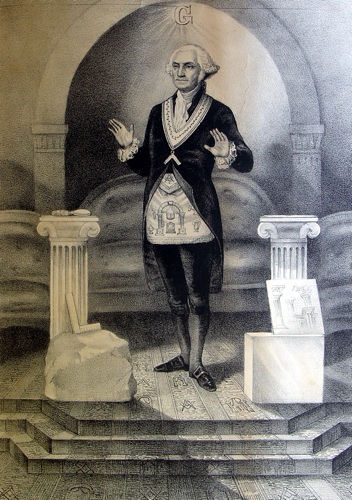 The Williamite Penal Laws in place against Catholics in the 16 Colony's at the time of the American Revolution, which the Quebec Act of 1774 enacted by George III would have abrogated

Priests did not officially exist since Anglicanism was the established Church. Priests relied on their congregations for gifts of food and money for their survival, while Anglican clergy had vast estates and few parishioners. Roman Catholics had to pay tithes (one tenth of their income) to the Anglican Church, and often paid rents as well.

The University of Minnesota Law Library has put on line transcripts of the Penal Laws. They can be found here.

In 1774 Parliament passed an act annexing the Ohio region to Canada; that and other Canadian provisions helped propel the lower thirteen colonies into revolution. Colonists called the Quebec Act one of the Intolerable Acts. The Continental Congress complained of it prominently in several petitions, and Richard Henry Lee, when introducing the motion for American independence in the Congress, called it "the worst grievance."

Colonial outrage was triggered by several aspects of the measure. Americans had been barred from the Ohio territory by the Proclamation of 1763, but they hoped eventually to be allowed to move there. Those who defied the proclamation would now become Canadians. The provisions for Ohio's government were much more authoritarian than those of any previous charters. American colonists saw in the Ohio plan a glimpse of their fate if the English limitations on colonial self-government were not resisted.

The Quebec Act also alarmed Protestant American colonists when it assured the French-Canadian residents of Quebec that they could continue to practice Catholicism. This aspect may have disturbed Americans most of all. Intolerance of Catholics was virtually universal in the thirteen colonies, reflecting religious biases and century-old ideology.

The Quebec Act, the most 'Intolerable' Act 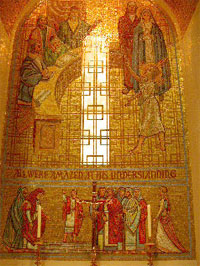 Rosary Altar, Christ Found in the Temple
Basilica of the National Shrine of the Immaculate Conception, Washington D.C.