Recognition of Grand Lodge of France Suspended Across Europe over Bad Press? 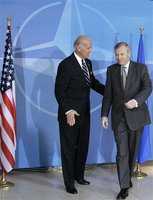 Recognition of GLNF Suspended Across Europe 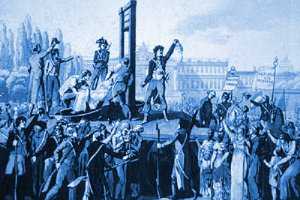 As expected after a meeting earlier in the month in Kiev, an official joint statement was issued by five European Grand Lodges on May 18th, regarding withdrawal of recognition of the Grande Loge Nationale Franþaise.

Since its founding in 1913 the National Grand Lodge of France (GLNF) has been the stronghold and warrant of Masonic regularity in France.

The GLNF, and its members, have always observed the rules and obligations of regularity. Unfortunately, since October 2009, this grand lodge has increasingly been disrupted by discord and disharmony. It is regrettable that under the current leadership these internal quarrels have led to law suits in the civil courts of Paris.

These civil actions have resulted into two facts:

1) the day û to û day governance of the GLNF is now in the hands of a court appointed ôad hoc administratorö, and

2) the internal problems of the GLNF have been widely covered in the national and local press in France.

In addition, the various groups within the GLNF have been airing their differences in public, often using an excessive, un-masonic and - at times - libellous language.

These events and the ensuing institutional turmoil, are not only bringing the GLNF but also regular Freemasonry itself into disrepute.

For the sake of regular Freemasonry and in order to protect our Grand Lodges, we, the Grand Masters signing this declaration, therefore distance ourselves from the events within the GNLF.

Moreover, we have agreed to initiate within our Grand Lodges and according to the provisions of our respective statutes and by-laws, the procedures leading to the suspension of our recognition of the GLNF.

We all wish and hope that harmony, peace and concord can be restored in order to allow the Brethren of the GLNF to live once again according to the Principles and Values of universal Freemasonry.

Brussels, Berlin, Luxembourg, Vienna, Lausanne, the 18th of May 2011

Though not listed in this joint declaration, the Grand Lodge of Poland has also withdrawn recognition from GLNF.

The other shoe that hasn't droppedùyetùis the question of whether the United Grand Lodge of England will also yank recognition. According to the LML in English blog, "Rumours suggest that the UGLE will meet and announce its own position on June 20th, 4 days prior to the court decision on the GLNF appeal. LML in English is attempting to obtain additional information, including the attitude of the Grand Lodges of Scotland and Ireland."

If that happens, who will assume the new position of regular, recognized Freemasonry in France? A new group that has split from the GLNF, a newly reorganized GLNF leadership (if they can ever manage to kick GM Stifani into the alley and hold a legal election), or perhaps even the Grande Loge de France?

Meanwhile, Stifani continues to whistle in the graveyard, issuing firings, suspensions or expulsions on a weekly basis (last week his own Grand Secretary resigned).