The Royal Order of Jesters, Court 22 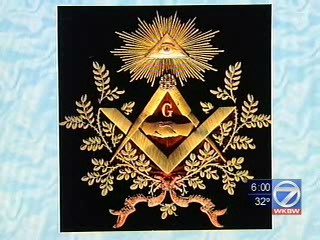 It's a group called the Jesters. It's a private nationwide organization with a local chapter here in Buffalo called Court 22. But, they don't say much about who or what they are. "We really don't advertise about our Court or what we stand for other than when we go to a restaurant have our dinners and thats about it. We don't advertise really who we are other than get together. Enjoy our companies and part our ways at the end of the day." said Jesters member Keith.

Multimedia Watch The Video 7 News interviewed 2 members of Court 22 who identified themselves only as Keith and Charlie. They tell us locally there about 150 to 160 members. They are men who come from the Shriners, but are a group that is totally independent. "It is a corporation of its own. It's got no ties back to the Shrine. The Shrine's got no ties to it. They don't tell it what to do or anything else. Neither group can tell the other one what to do." said Charlie.

Three of their members were recently expelled from the group. One now former member, John Trowbridge, is a retired Lockport Police captain. He just plead guilty to charges of transporting a prostitute across state lines. It was a prostitute he met at a massage parlor called Golden Acupressure in North Tonawanda. A criminal complaint says he was part of a group of 3 men, who brought that prostitute to Kentucky to engage in sexual activity for money with members of a men's organization.

"The functions of 3 are not condoned by us by no means." said Keith.

Those 3 men are no longer Jesters. According to Charlie they were expelled for their actions. "Because it's just not condoned. It's not the principals of good men or good individuals." he said.