SOCA 'Blaggers Manual' Corruption was often carried out by means of social connections through membership in the Freemasons, shared among police, judges, and the criminals who wished to bribe or influence them 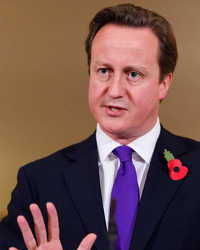 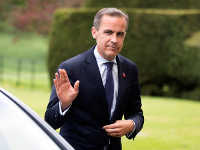 UK cops knew that banks, lawyers, rich people and others routinely hired criminal hackers to spy on people, did nothing about it

The Independent reports that the UK Serious Organised Crime Agency supplied secret evidence to the Leveson Inquiry (on phone-hacking by newspapers) saying that many other groups in the UK routinely engaged in criminal, invasive hacking through private investigations firms. Included in the list of those purchasing criminal services are the super-rich, insurance companies, law firms and telecoms companies. The Leveson Inquiry took the evidence, but kept it secret, including the fact that the police knew about and tolerated this kind of activity. The spying included bribing police officers, perverting the course of justice, real-time tapping of phone lines, using specially built spying gadgets attached by BT engineers who assisted in the crimes.

* a celebrity who broadcasts to millions of people every week;

* a well-known media personality, who hired a private investigator to hack his employee’s computer as he suspected she was selling confidential information to business rivals;

* a businessman who hired hackers to obtain intelligence on rivals involved in an ultimately unsuccessful Ł500m corporate takeover.

A company which was owed money by property developers also hired private detectives to track down the firm’s family information, detailed transactions from four bank accounts, information from credit card statements and an itemised mobile phone bill. The company paid Ł14,000 for the information.

However, the most common industry employing criminal private detectives is understood to be law firms, including some of those involved in high-end matrimonial proceedings and litigators investigating fraud on behalf of private clients.

SOCA discovered a document called "The Blagger’s Manual" during one inquiry, which contained instructions for illegally obtaining information from "calling companies, banks, HM Revenue and Customs, councils, utility providers and the NHS." The manual read, in part, "It is probably a good idea to overcome any moral hang-ups you might have about 'snooping' or 'dishonesty.' The fact is that through learning acts of technical deception, you will be performing a task which is not only of value to us or our client, but to industry as a whole."

SOCA's report can't be retrieved via normal freedom-of-information requests, because SOCA claims it has "sensitive material." It also alleges that the corruption was often carried out by means of social connections through membership in the Freemasons, shared among police, judges, and the criminals who wished to bribe or influence them.

I write books. My latest is a YA science fiction novel called Homeland (it's the sequel to Little Brother). More books: Rapture of the Nerds (a novel, with Charlie Stross); With a Little Help (short stories); and The Great Big Beautiful Tomorrow (novella and nonfic). I speak all over the place and I tweet and tumble, too.