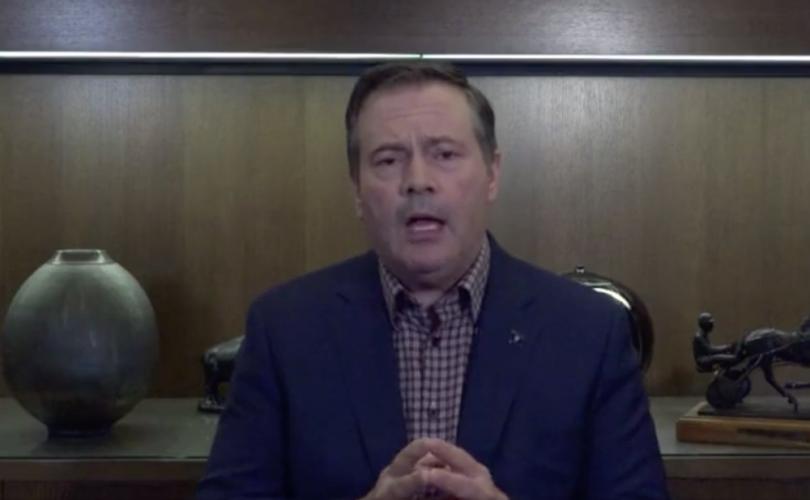 By Jay Cameron and By John Carpay

June 10, 2021 (JCCF) – During a live-streamed question-and-answer session on May 19, Alberta’s Premier Jason Kenney spent nearly ten minutes vilifying Christian pastors who disobey his orders. He claimed that the pastors were spreaders of disease, and were jeopardizing their neighbour’s health. Without citing any specific scripture, Mr. Kenney claimed that assembling for worship contrary to his lockdowns is a “reckless disregard” of a “biblical mandate.”

Unfortunately, the premier’s description of the rule of law is incomplete and misleading.

The Canadian Charter of Rights and Freedoms, which is part of our Constitution, protects freedom of conscience and religion, freedom of thought, belief, opinion and expression, and freedom of association and peaceful assembly. In contrast, lockdowns and other restrictions prohibit peaceful assembly and communal worship. Lockdowns destroy large swaths of civil society by making it illegal for Canadians to associate freely with others in social, business, athletic, religious, recreational and entertainment pursuits and activities.

The Constitution is what stands between politicians and total control of society. Indefinite lockdowns. Peaceful protestors and pastors in jail. Government control over the internet through Bill C-10. No more travel, internationally or between provinces. No more special family gatherings at important occasions like Christmas, birthday parties, weddings and funerals. Permanent poverty. Massive debt left to our children and grandchildren.

By waging constant war on civil liberties and by refusing to justify demonstrably, with evidence put before a court, the ongoing violations of Charter rights and freedoms, it is Mr. Kenney who disobeys the rule of law, not the peaceful pastors.

The Charter places no onus on pastors to justify their actions. Rather, the Charter places the onus on politicians to justify their violation of religious and other freedoms. In court actions in Alberta, BC and Ontario, governments have not placed any persuasive medical or scientific evidence before judges to support the governments’ theory that church services are deadly. While barricading GraceLife Church, the government has no evidence that this church caused or contributed to any COVID-19 deaths.

The Charter demands that governments provide evidence, not mere assertions and speculation. Citizens have a right to this evidence, if it exists. Thus far, the preponderance of evidence demonstrates that lockdowns are the worst and most destructive public policy decision in Canadian history.

Premier Kenney also claimed on May 19 that churches that continue with communal worship breach their “biblical mandates.” But nowhere in the Bible is there a single instance of a closure of the sanctuary or temple service because of the presence of a disease. You can search from Genesis to Revelation, and you won’t find it.