Ft. Wayne, Indiana Masonic Temple is in danger of closing unless new uses, and funding, are found

The Masonic Temple is in danger of closing unless new uses, and funding, are found

A column by Kevin Leininger 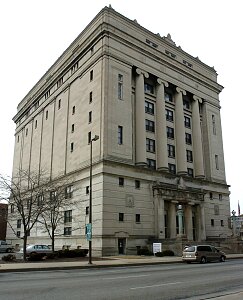 The Embassy Theatre’s prominent place in Fort Wayne’s collective memory helped save it from the wrecking ball in the 1970s. But how do you rally support for another endangered downtown treasure few people know anything about?

That’s the dilemma facing advocates of the Masonic Temple, a magnificent anachronism that could close at the end of the year unless profitable uses can be found for the 80-year-old limestone building at 216 E. Washington Blvd.

Stepping through the door of the eight-story structure is like entering a musty time machine – which is precisely the problem. The temple’s hardwood and terrazzo floors, ornate plaster, mahogany paneling, pipe organ and wooden ceiling beams imported from England are fruits of another era, when 9,000 Masons filled the building with activity and could easily afford the $750,000 construction bill.

Today, though, there are just 1,000 Masons left in the temple, according to building manager Bill Hosler. Their average age is around 70 — which may be why they call the 40-year-old Hosler “Kid.”

“Membership really started going down in the ’60s — the anti-establishment ‘me’ generation,” Hosler said.

As a result, even routine maintenance costs will bankrupt the Masons if something doesn’t change — and soon. The hardwood floors creak. Some of the plaster is peeling. The elevator will cost $250,000 to fix, and the heating bill is $6,000.

Unlike the Embassy, which was fondly remembered by generations of people who had attended stage shows, concerts and movies there, the Masonic Temple remains largely unknown and unappreciated, primarily because most of the functions there are private.

Hoping to raise awareness — and money — the Masons asked the public for donations in the 1990s and also made parts of the temple available for weddings, receptions, parties and other non-Masonic events. But outside rentals bring in less than $3,000 annually, and even though Hosler hopes to increase that total, rent alone is unlikely to solve the Masons’ money woes.

For one thing, the temple isn’t air-conditioned, and since it’s heated by radiators, no ductwork exists for a cooling system. Masonic rules forbid the consumption of alcohol, and the four ornately decorated 60-foot-long lodge rooms — each with 20-foot ceilings — are restricted to Masonic uses.

The first floor is dominated by a huge hall, and the second floor by a wood-paneled “social room” full of leather chairs and pool tables. But perhaps the building’s most impressive feature — its organ-equipped, fifth-floor auditorium — has seating for 365 people and could hold far more, but has a legal capacity of 50 because it lacks a second stairwell. In other words, an exterior elevator and stair tower may be needed to make the building fully functional.

That could all add up to millions of dollars – something the dwindling band of Masons simply does not have.

“It’s an extraordinary building. Everybody who sees it is wowed,” said Angie Quinn, executive director of the local historic preservation group ARCH. But the problem, again, is that too few people have seen it.

ARCH has tried to change that — it sponsored a tour last December, for example — and Quinn said she has met with Masons to suggest possible funding sources, including grants for historic buildings. The neoclassical temple, designed by noted local architect Charles Weatherhogg, was listed on the National Register of Historic Places in 1992.

Dan Carmody, who came to Fort Wayne from Illinois last year to become director of the Downtown Improvement District, is fascinated by the temple’s potential.

“It’s a beautiful, if difficult, building, with some magnificent open spaces,” Carmody said. “And if we don’t do something, we might not have it around.”

Carmody, whose job is to breathe new life into downtown Fort Wayne, believes the temple would be an ideal arts center – providing ample office, rehearsal, performance and exhibition space for a variety of groups. He has spoken to several groups already and hopes to take them through the building this week.

Carmody believes it may be possible to form a partnership that could buy, improve and maintain the temple – qualifying owners for downtown investment tax credits unavailable to nonprofit groups, such as the Masons.

Downtown Fort Wayne already has plenty of office space and meeting rooms, and the city is talking about building more. But the fading photos on the walls – people with names like Rudisill, Hanna and Bass – testify not only to the temple’s history, but to its membership’s place in forging our city’s history. 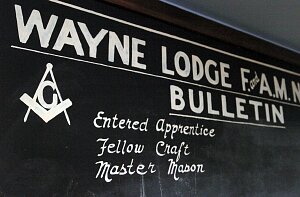 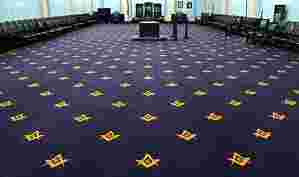 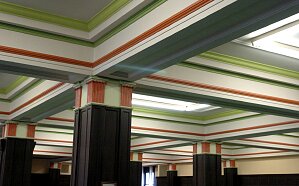 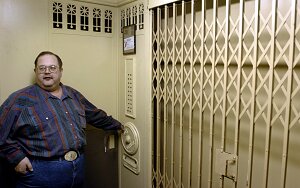 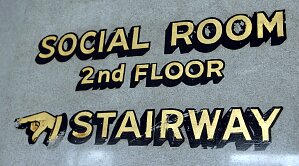 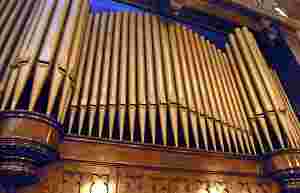 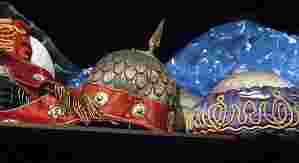 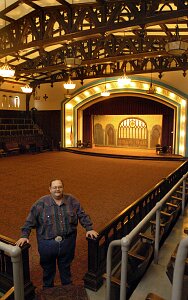 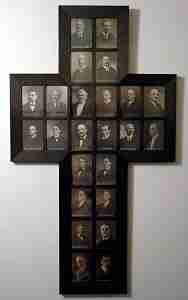 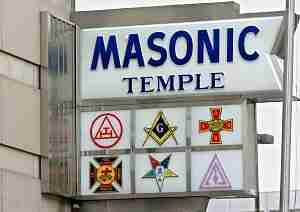 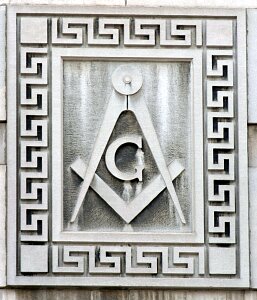