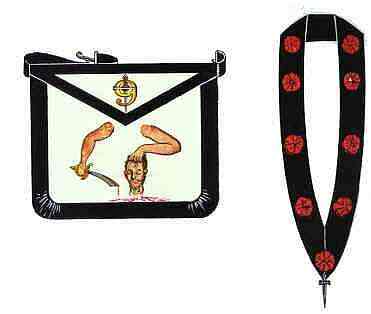 How do you put a positive gloss on Freemasons?

Death at a Masonic Lodge

Widow of slain mason struggles with loss after receiving no apology or contact from "brothers": Where is the human in them?

Masons out to woo Scottish Members of Parliament

'Pay particular attention to the wife': The Investigating Committee

Stone Angels Conference: A Masonic Ritual Abuse Survivor Organizes Conference and is hounded by Masons and their Wives

Mr. Bean 1 Tony Blair 0 - Labour Govt. Defeated on Bill that would have made it illegal to criticize religions or religious beliefs

The 'Above Top Secret' [email protected] Cyber Patrol claims to have reported the 'cess pit' and 'trash heap' Freemasonry Watch to the F.B.I....

Washington Post said to be 'closely monitoring' Freemasonry Watch over...

Grand Orient of France Official: 'Nothing in common with Anglo-Saxon Masons that "thrust their nose" in any business worldwide'

Child I.D. program an opportunity for Indiana Freemasons to meet the parents

Shriners file lawsuit against Charity Watch Center as they were engaged in an active investigation of Shrine financial irregularities using a retired I.R.S. agent, Shriners: Part 8

"The Minimum of Disclosure to the IRS" - Shriners: Part 11

Masonic lodge forced to sell building due to low membership

Dialogue on Democracy, by Alan Borovoy

Editorial: Our cherished right to blaspheme