Judge Central Figure in FBI Probe, the S.O.B.I.B. and the Jesters' Half Million Dollar Weekend Parties


Secret Order of Brother's in Blood 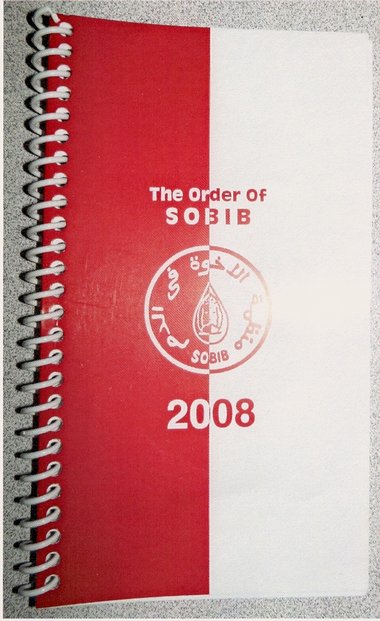 Judge Central Figure in FBI Probe, the S.O.B.I.B. and the Jesters' Half Million Dollar Weekend Parties

"Judge Tills traveled with woman he jailed on prostitution charge, Former state justice is a central figure in probe of activities of Buffalo Jesters"

The article by Dan Herbeck begins:

"A woman who faced drug and prostitution charges in State Supreme Court Justice Ronald H. Tills’ courtroom later accompanied him on an out-of-state trip for a fraternal organization called the Jesters. Investigators are trying to determine whether the woman offered her services as a prostitute at the convention or whether she was just a guest of the judge, who has since retired."

The article can be read here.

It has also been discovered that Tills is listed as a member of an inside Jesters group called the "S.O.B.I.B." The acronym allegedly stands for something like "Secret Order of Brother/s in Blood."

When asked about the S.O.B.I.B., Alex Rogers, executive director of the Royal Order of Jesters, claimed he didn't know anything about it. After it was pointed out that his picture and contact information was in the S.O.B.I.B. directory, along with Ralph Semb, chairman of the board of trustees for the Shriners Hospitals for Children, and Ron Tills, the Jester/judge who got in trouble with the FBI in Buffalo for prostitution, Rogers said "Oh, Jesus Christ. I'm not going to talk with you anymore. I have no comment" and abruptly hung up.

"Is the organization related (other than by association with a statewide or nationwide organization) through common membership, governing bodies, trustees, officers, etc., to any other exempt or non exempt organizations?"

"If 'Yes,' enter the name of the organization."

In addition to the S.O.B.I.B., other affiliated groups, including the Shriners and the Masons, are not listed.

In Part III, Statement of Program Service Accomplishments, "What is the organization's primary purpose?"

The ROJ reports their exempt purpose as:

"Promoting fellowship and fraternalism and extending assistance and good cheer to others."

"All organizations must describe their exempt purpose achievements in a clear and concise manner. State the number of clients served, publications issued, etc. Discuss achievements that are not measurable."

"Held annual events which were devoted to fraternalism and spreading the gospel of mirth and good cheer."

Part VIII, Relationship of Activities to the Accomplishment of Exempt Purposes asks:

"Explain how each activity for which income is reported in column (E) of Part VII contributed importantly to the accomplishment of the organization's exempt purposes (other than by providing funds for such purposes.)" Jesters' Activities include the annual banquet and their big weekend bash, the Book of the Play (BOP).

The ROJ answers in statement 9:

93a Annual Banquet, Annual events devoted to fraternalism and spreading the gospel of (sic)

93b Book of the Play, Mirth and good cheer.

Here is the Jesters' Oath from the Book of the Play:

"Candidates will be hoodwinked and will in unison repeat the following pledge as the DIRECTOR pronounces it to them;

“I ________________________— do hereby accept and acknowledge this contract and pledge with the Royal Jesters and members of the Ancient Arabic Order Nobles of the Mystic Shrine:

“I promise never to select or propose any Noble whom I know to be weak or vacillating, or of unknown, or doubted, loyalty, or integrity, morality, or temper.

“Furthermore, I do by this obligation, elect myself an Evangelist of the Gospel of Mirth, accepting from my Fellow Jesters, a mission to lighten the burdens of all whom I know to be of the initiate, and for them will I always hang the latch string without the portals of my true heart.

“In witness whereof I do place my right hand upon my heart, and bind the convenient we have made amongst us, pledging my faith and honor as a man, that I will not reveal to any person, not a member in good standing of the Royal Jesters, any part, word or action of the ceremonies which have been enacted here, are now being enacted, or are to be enacted hereafter, during this or any other session of the or any other Court of Royal Jester.”

It has yet to be determined if such a secret oath is appropriate for a non profit group.

Additionally, Statement three for the same three years reported director's expense as $31,116, $24,778 and $31,865 respectively, though these expenses are not reported in Part II.

One of the most important things that a non profit must account for is Program Services, defined as:

"mainly those activities that the reporting organization was created to conduct and which, along with any activities commenced subsequently, form the basis of the organization's exemption from tax."

A Thursday, December 20, 2007 request for the ROJ 2006 990 and Form 1023 remains unanswered. The Form 1023 is a group's application for tax exempt status. IRS regulations state that the organization must provide the requested document/s within 30 days from the date it received the request.

The Royal Order of Jesters is a 501c10 non profit fraternity, with 23,500 members organized into 191 chapters.

All copies of material reprinted or duplicated from by Sandy Frost must include the following credit line: From http://sandyfrost.newsvine.com/ Copyright © 2008 by Sandy Frost. Used by permission.