The Occultism of the Bible? and the Kabbalah, by Rabbi H. Geffen, 32 degree, F.P.S.

THE OCCULTISM OF THE BIBLE AND THE KABBALAH
Rabbi H. Geffen, 32 degree, F.P.S.
THE NEW AGE - FEBRUARY 1950
(The New Age Magazine is the Official Organ of Scottish Rite Freemasonry)


Kabbalah is a knowledge of Divine Wisdom. This truth is the foundation stone upon which the regenerating and saving portion of every true religion is based. The Kabbalah transmits to us such knowledge as the adepts of those times chose to commit to writing.

Our Masonic spiritual allegories are based on the Kabbalah, which is known to us moderns as the Kabbalistic Doctrine.

Monotheism is the only true religion. Masonic students claim the Bible to be an occult book wherein the Kabbalistic system is embodied in allegories and symbols. The written and oral laws are dependent on and complete each other.

The Kabbalah originated with the Essenes, and also with the initiated Talmudists, who arranged Kabbalistic schools that followed Akiba and Simon Ben Jochai, who consolidated it into a scientific system in the Books, Jetzirah and Zohar.

The two chief classics of the Kabbalah, Jetzirah and Zohar, attributed respectively to Akiba and Simon Ben Jochai, reveal the basis of the occult religion of the Hebrews. The most ancient and most comprehensive is the Sefer Jetzirah, probably written by Rabbi Akiba. The Zohar teaches us that true Torah, or Law of Moses, is not in the literal but in the allegorical interpretation of the Pentateuch.

Philo Judeas, in his treatise "On the Allegories of the Sacred Laws," elucidated in a very cautions manner a few of these subjects: the Creation, the Garden of Eden, the Deluge, the Tilling of the Earth by Man, the Confusion of Languages, the Migration of Abraham, His Two Wives, and many more such subjects having mystic truth as their foundation.

Moses probably received and revived the Monotheism of Abraham. But, the Divine Kabbalah is the spiritual interpretation of material symbols and emblems. It is this tradition-namely, the esoteric Law of Moses-which is the Torah, whereof is recorded in the Talmud: "Moses received the Oral Law from Sinai and delivered it to Joshua, and Joshua to the Elders, and the Elders to the Prophets, and the Prophets to the Men of the Great Synagogue." It must, therefore, be well understood that the Torah thus mentioned by the Talmud is not the written, but the Oral Law, or Kabbalah, transmitted by tradition from generation to generation, until collected by Simon Ben Jochai and preserved in the volume of the Zohar. The Talmud is the Oral Law and is, in itself, in some places of a Kabbalistic character as a symbolical vehicle of the Divine Kabbalah.

It is not my purpose here to write the story of Moses. It is well known that he had obtained the hidden mysteries of Egypt, but he annulled the superstitious belief of the Egyptians and he built a true Monotheistic creed of Divine Wisdom. Hence, he insisted on worship being directed exclusively to Jehovah, the One Universal Omnipotent God; he also insisted on perfect purity of thought, word and deed. As a true Prophet we must suppose that his sacrifices consisted not of the shedding of innocent blood, but his intention was to prevent the people from human sacrifices.

In studying diligently Masonic Occult Philosophy, we, must thus take into consideration that the Bible is a Kabbalistic Book, allegorically written and symbolically illustrated. The systems of the Kabbalah and Esoteric Masonry are identical, and for this reason the Masons call their Temple the Temple of Solomon. All the Masonic ceremonies have a Kabbalistic base. Their virtue is not doubted. There are moral, hygienic and spiritual rules of conduct given. The highest thought that Kabbalah and Masonry ever expressed was Universality. Although the Bible history is allegoric and symbolic and has much fable, it is doubtless founded upon truth.

Moses and the Prophets, the Essenes, and the Tanaim were occultists and, consequently, most if not all their writings are manifestly or occultly treatises on Kabbalah; and we can say with certainty that they were the forerunners of Masonry. This assumption must naturally occur to the minds of only right thinking Masons, who are penetrated by the sublime virtues of our order and are justly entitled to bear the name of Occult Masonic students. .

The above article shows how the occult world and occult teachings can effect the mental thought processes of even a presumably ordained Rabbi.

The Kabbalah is NOT Kosher, and any Rabbi or Priest who says it is has completely lost their senses. 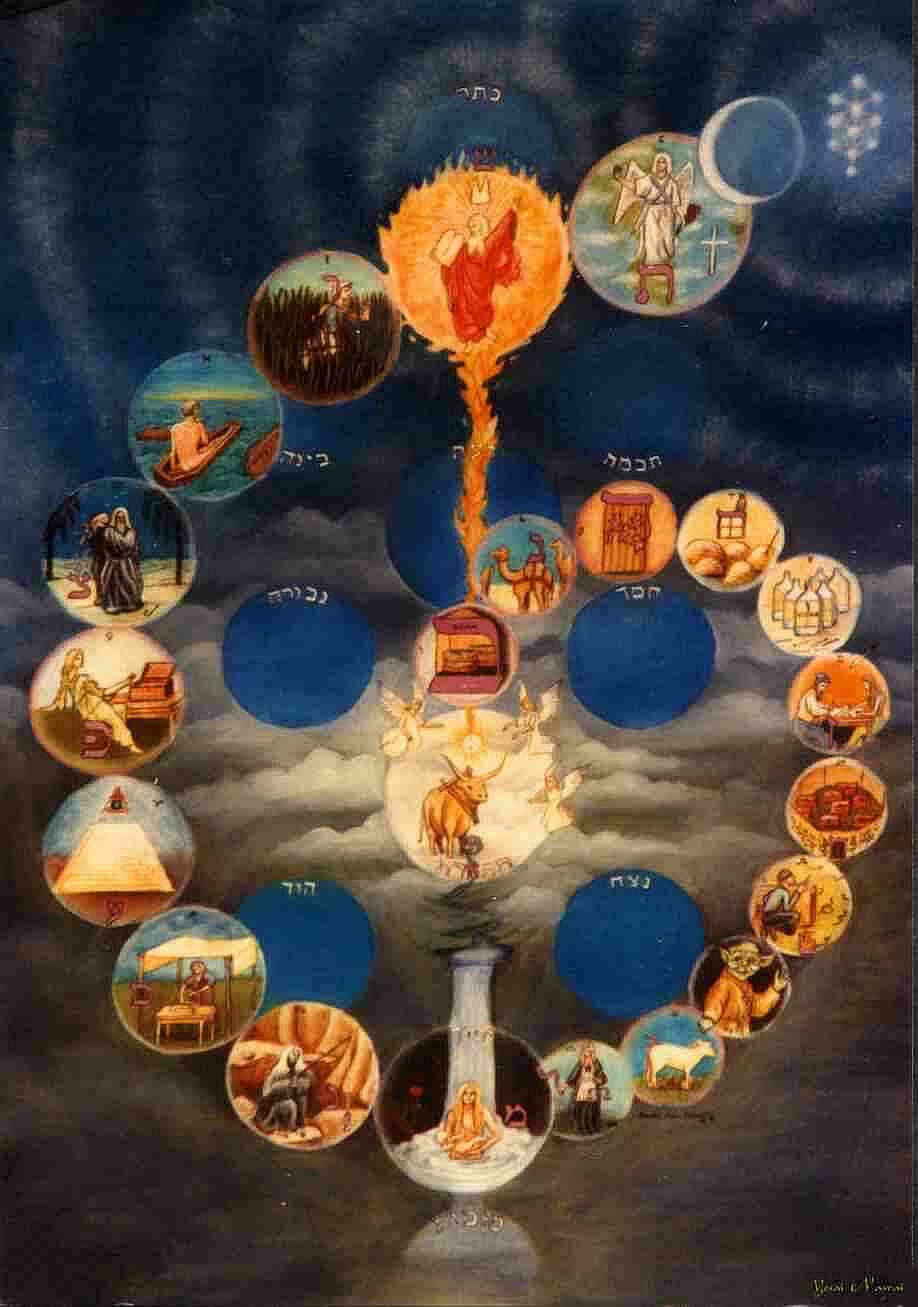