Italian Prime Minister Mario Monti: "I am not a Freemason" 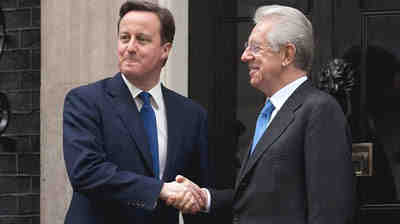 Rome, Italy. After the scandal in which he was involved, Mario Monti, the Italian Prime Minister said that he is not a Freemason and that he does not know much about Freemasonry ("I do not know exactly what is Freemasonry"), despite the fact that he worked in Brussels, where the Order is officially recognized as an association.

Following Monti's statements, Grand Master Gustavo Raffi made an intervention in the daily Il Templo. "People of Freemasonry have built Italy. They must address us with respect," replied Raffi, outraged by Monti's statements.